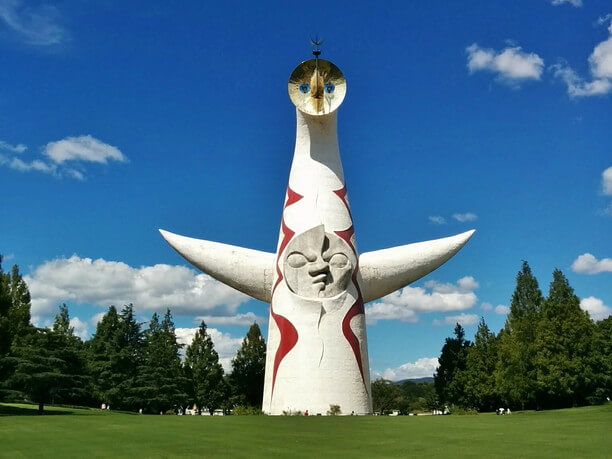 In 1970 the Japan World Exposition “EXPO ‘ 70” highlighting “the art of technology” in Japan at the time, was held in Osaka(大阪). It was built in a park in Suita-city (吹田市), that became known as Osaka Expo Memorial Park.

It featured the “Towers of the Sun” which was part of the World Expo theme pavilion and was designed by artist Taro Okamoto.

45 years after it was created it still has a powerful presence that fascinates people at the Expo Memorial Park.

“Tower of the Sun” has three different faces!

Expo Memorial Park is a vast area of 642 acres.
Once you buy tickets and enter the main entrance of the park you are immediately greeted by the “Tower of the Sun.” 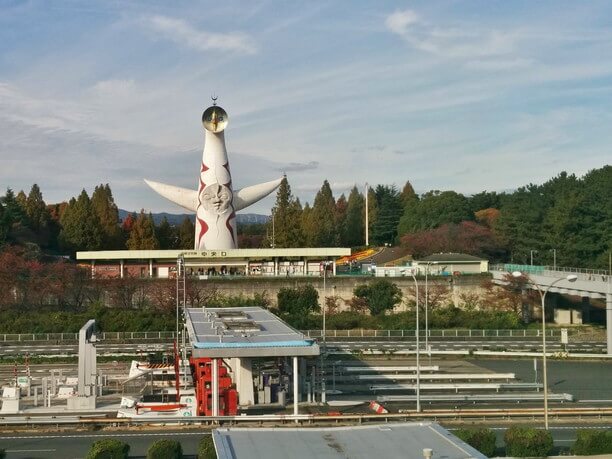 The front face of the sculpture symbolizes the current state of the world. The Golden face to the top of the tower is about 200 feet off the ground is gold and symbolizes the shining future. 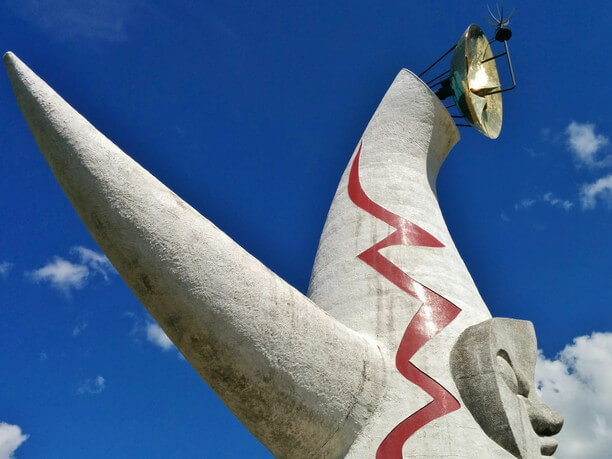 The black face on the back of the sculpture symbolizes the past. 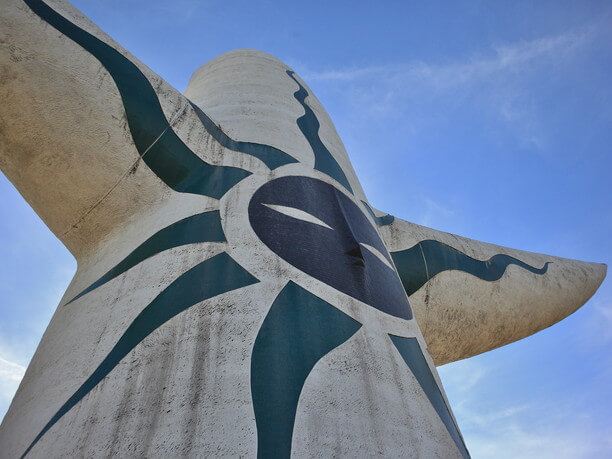 The buildings of the “EXPO ‘ 70 pavilion” still remain!
From the “Tower of the Sun” if you walk about 3 minutes you will come to the iron and steel Museum Pavilion. There are about 3,000 items displayed there, such as original 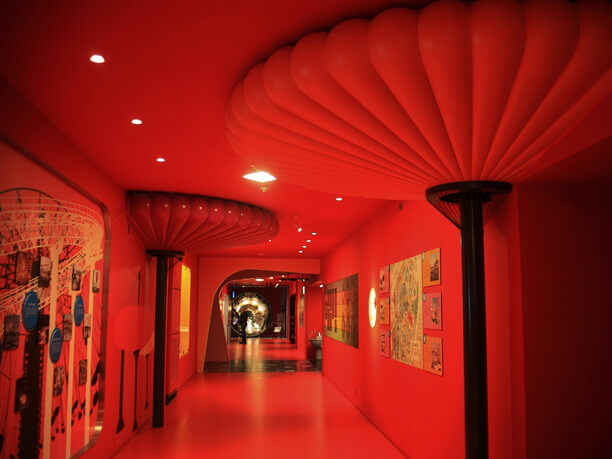 They have exhibited Taro Okamoto(岡本太郎) works of the “Chair.” You can actually sit down on the sculpture he called the “Hand.” 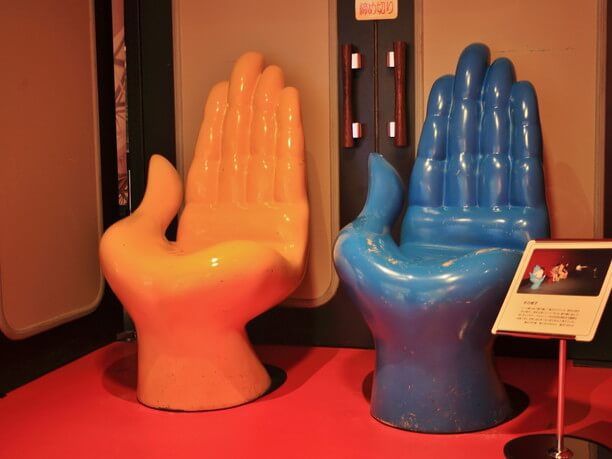 By using the audio technology of the time they created the “space theater” with the theme of musical instruments. You are not allowed to enter here but you can view this futuristic space through an observation window. 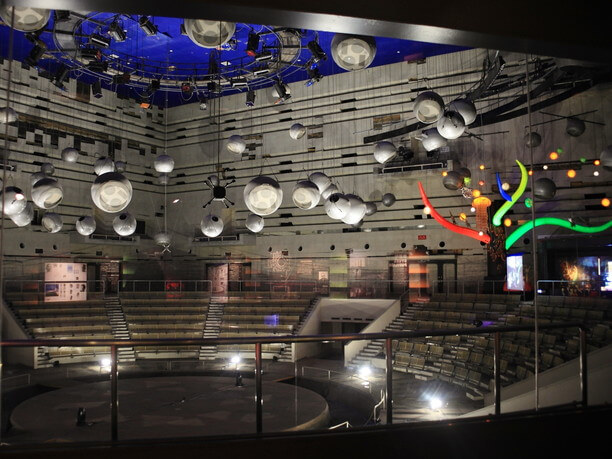 The Tower of the Sun was built to represent harmony and the progress of humanity.

Inside the pavilion you will see a Diorama of the “Tower of the Sun” sun face symbol overlooking the space zone. 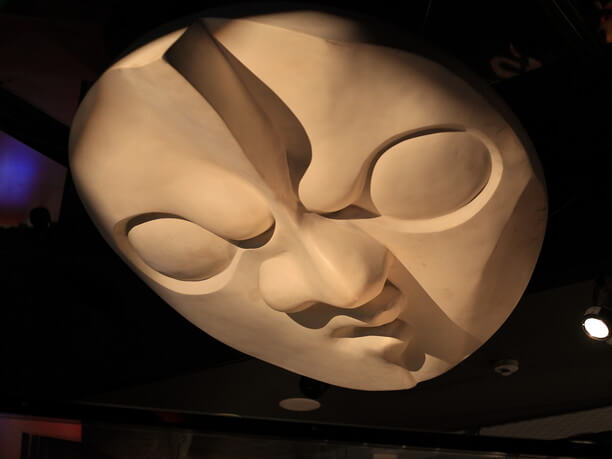 Around the tower there is a diorama of the ‘Tower of Mother” and on the roof the “Tower of the Youth” when you enter the tower from the basement level you will see what represents the “tree of life.” It symbolizes the life of human beings. 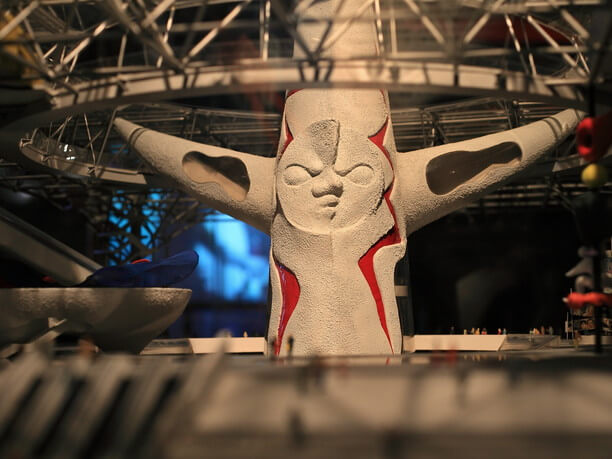 The vast “Expo 70 Park” demonstrates harmony with the environment.

After you see the “EXPO ‘ 70 Pavilion” and have looked up at the “Tower of the Sun,” you will feel the presence of something new as you return to the park. You will feel a greater sense of appreciation and harmony with the environment.

As you go walking on the trail that once was the International Pavilion site you will notice all the plants and trees that were planted after the Expo. The Expo site is now coexisting with many animals and plants. 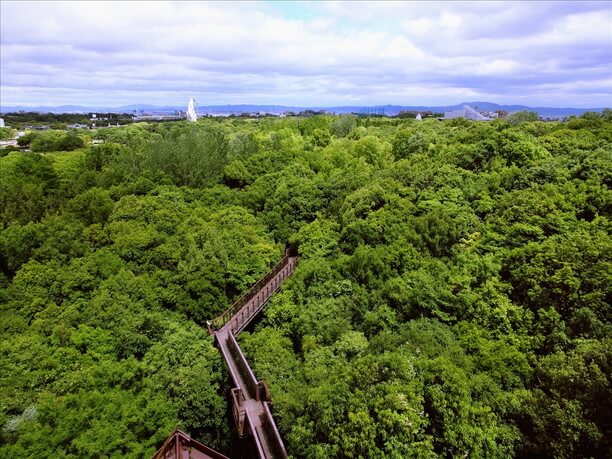 “Lake of dreams” that was constructed as the world’s first large-scale fountain tower still remains at the park as does another work by Isamu Noguchi titled “space dream.” 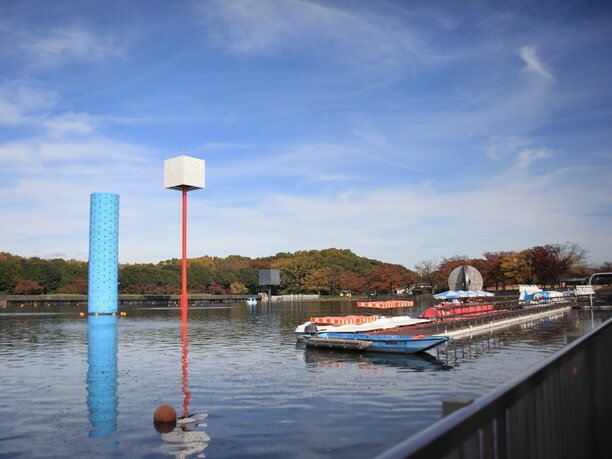 The Japanese garden that was made to entertain foreign visitors to the Expo is still maintained to this day. 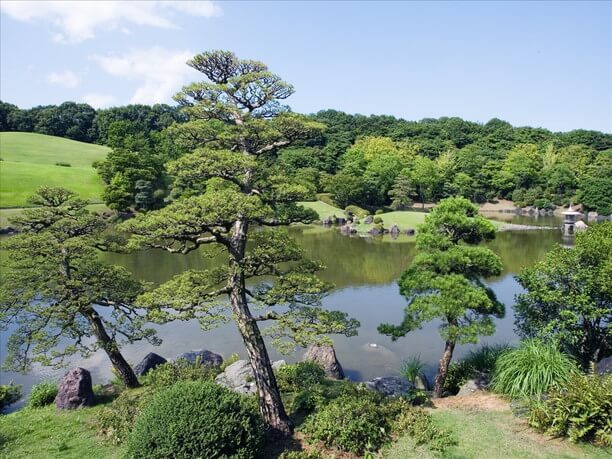 “Tower of the Sun” is a symbol that still fascinates people.

The Garden Shop at the “EXPO ‘ 70 Pavilion” sells goods for the “Tower of the Sun”, that have remained very popular. There are rich Taro Okamoto’s photographs and works of his on postcards, t-shirts, etc. The World Expo now is gaining popularity with the youth of Japan through these innovative art projects. 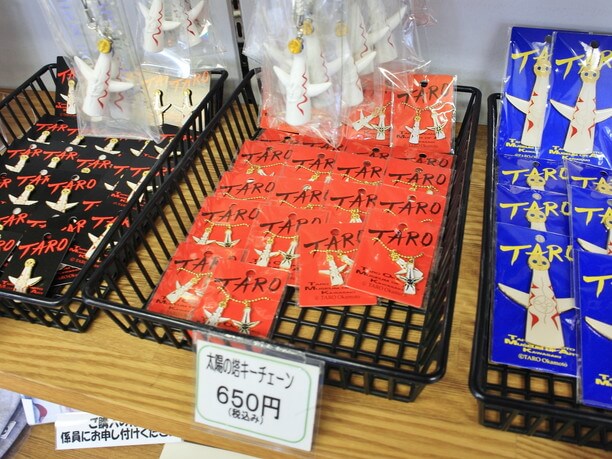 When you see the back side of the “Tower of the Sun,” then the top and front faces, the “Tower of the Sun” at the Expo Memorial Park reminds us to tear down the existing concepts and create new ones. That is Taro Okamoto’s magical charm and power that the tower emits even now.

The Tower of the Sun has two glowing eyes to enhance its appearance at night. You can also see it in a different look for a limited time at special light-up events.

Close
Wednesdays (If Wednesday is a holiday closed the following Thursday)