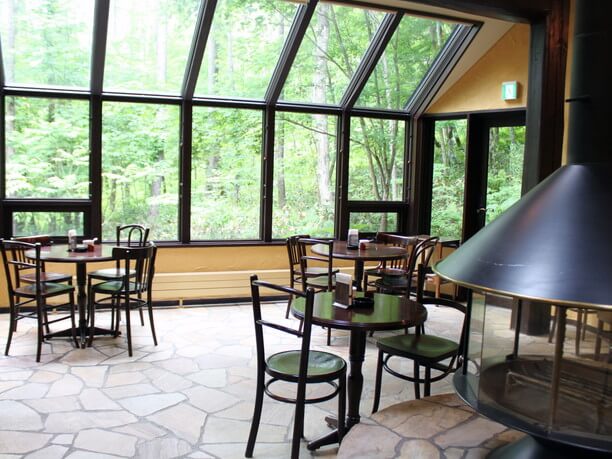 Furano is popular as a tourist destination surrounded by colorful flowers and greens, including lavender. It is also used as a location for many dramas. The Coffee Mori no Tokei café was actually used in photographing the Fuji TV drama “Kind Time,” broadcasted from January to March 2005. The “Coffee Mori no Tokei” is located on the new Furano Prince Hotel premises.

You can spend your time being cared for in a space that is like a hideout in the forest, wrapped in the nature of Furano.

Experience this cafe that blends into the forest of Furano!

New Furano Prince Hotel is located about 10 minutes by car from JR Furano Station. When walking for about 5 minutes on the walking path in the forest inside the premises from the main building, you will see a cafe that gently blends in between the trees. 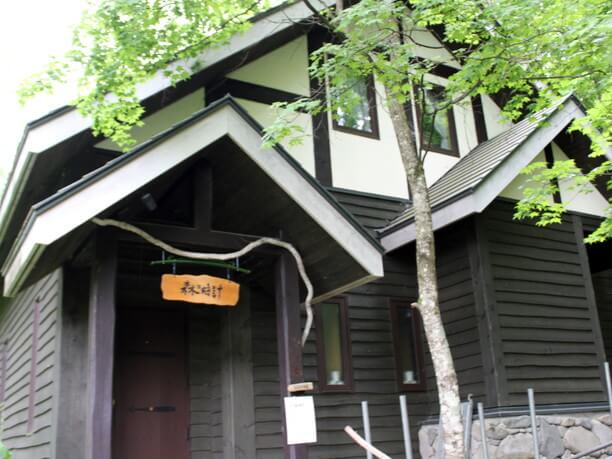 When opening the door, it is as if you are entering the world of the “Gentle Time” drama itself! Mr. Sou Kuramoto, who is familiar with Furano is in charge of drafts and scripts, as well as the actors Akira Terao, Shinobu Otake, Kazuya Ninomiya seem to appear. The cafe is open from March 2005 right after the end of filming the drama. 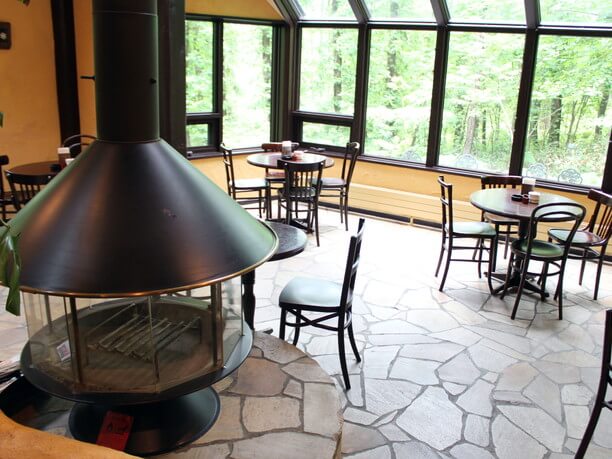 Cherish the warmth of the trees and the wall of the earth that Kuramoto produced in the shop. It is a calm space where the whole area of the green forest spreads out in front of you from the big window.

Welcome to the world where relaxation flows!

The most popular is that seat where Shinobu Ohtake was sitting in the drama at the window behind the counter. Many people wait in order to sit in this seat. The Kasumisou flowers decorating the window is also from the world of the drama. 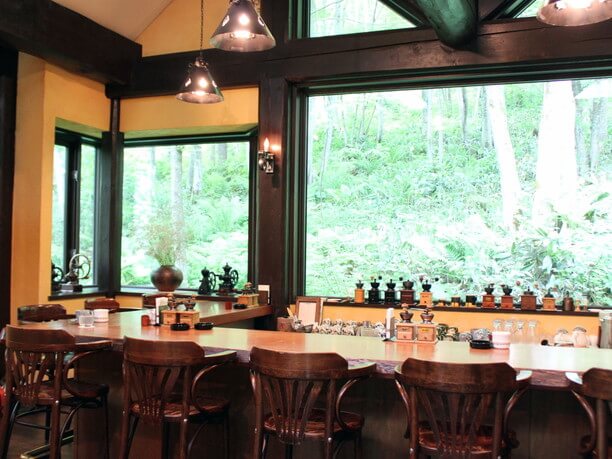 When ordering coffee at the counter seat, the manager with a gentle voice will ask “Do you want to grind the beans yourself?” After carefully grinding the coffee the grounds are used with a drip system to make you delicious cup of coffee. 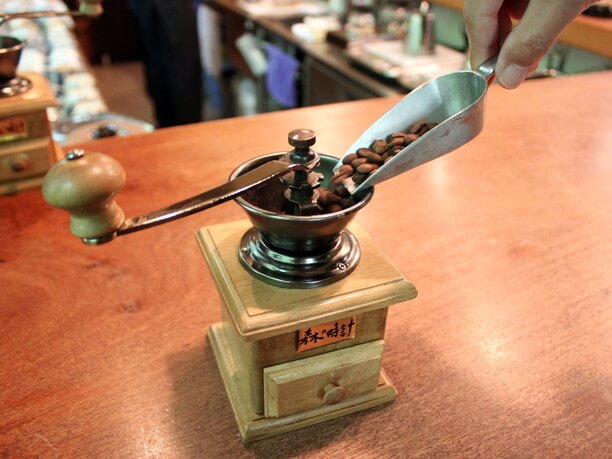 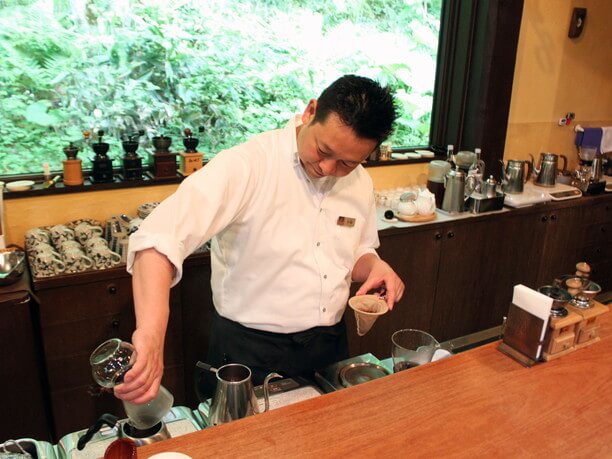 This is their original “Blended Coffee” (600 yen). It has a fragrance unique to fresh ground, with a mild flavorful taste. Each cup can be served with different piece of pottery.

Their spicy “Forest Curry” (1,030 yen) is also a popular item. They boil the chicken until it becomes soft, and then add big carrots for extra flavor. The elegant taste is finished without using oil. The rice, of course is local rice. 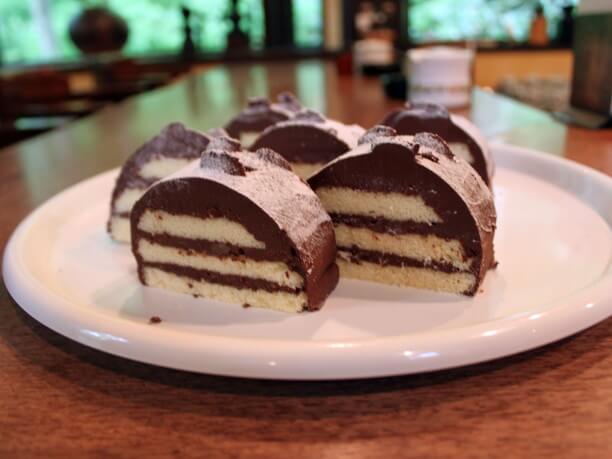 The ceiling is high with a heavy beam construction. It has a nostalgic, “at home” kind of feeling. 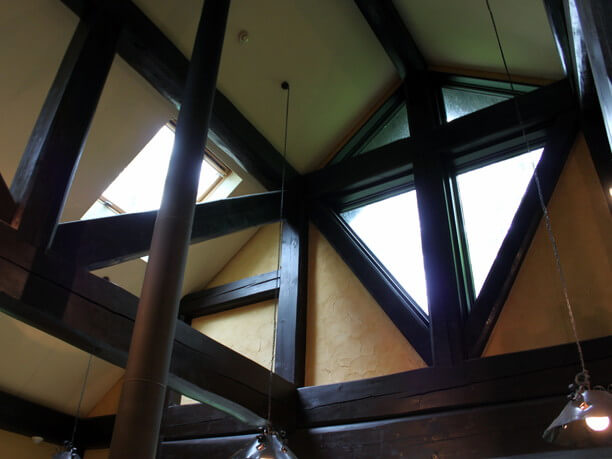 The terrace seats are popular in summer.

Terrace seating is open in the Summer. It is surrounded by trees, birds and sometimes visited by squirrels. The “Mori no Tokei” is a gentle and relaxing place where you can spend a memorable moment. It is an adult hideout cafe that drama fans and other people want to visit. 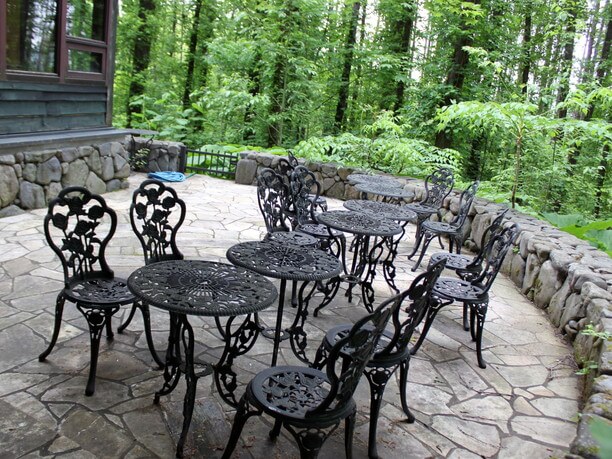