The Bank of Japan Otaru Museum is a rare historical building in Hokkaido because it was built over one hundred years ago. The former Bank of Japan Otaru branch was designed by a well-known architect, Mr. Kingo Tatsuno and his apprentice, Mr. Uheiji Nagano. Mr. Tatsuno designed the Tokyo Station that is known for its red brick structure during Meiji period.
Now the building is used as the Otaru Museum and one of the popular places in Otaru to visit. In the museum there is a corner where you can actually feel how heavy one hundred million yen (one million US dollars) is! 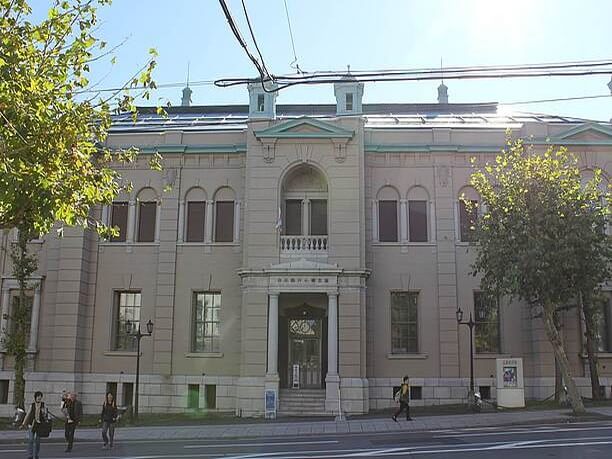 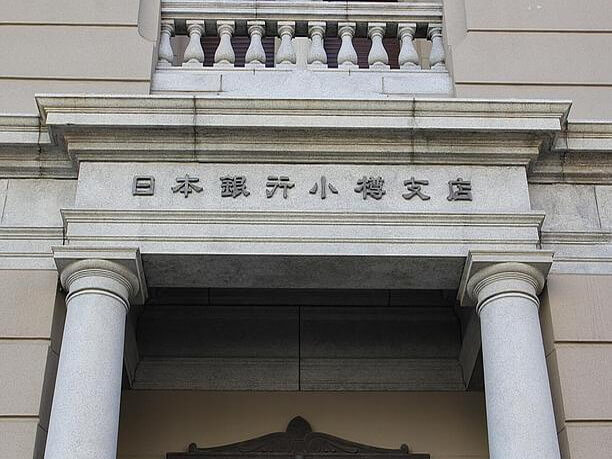 When you enter the museum, you see bank tellers’ windows that are preserved just as they were in the Meiji era. The well-used wooden frame windows say “cash transaction.”
The ceiling is 10.5 meters (about 35 ft.) high and the building is very spacious. The museum is divided into three different zones –the History exhibition zone, the Banking exhibition zone, and the Multi-media corner.
The History exhibition zone has panels explaining about the history of the Bank of Japan and the displays have actual banknotes since World War II. This financial district was once called the “Wall Street of northern Japan” and there is a display of miniature buildings from that time. There are twelve statues of owls on the interior wall and eighteen owl statues on the exterior wall. Please check them out! 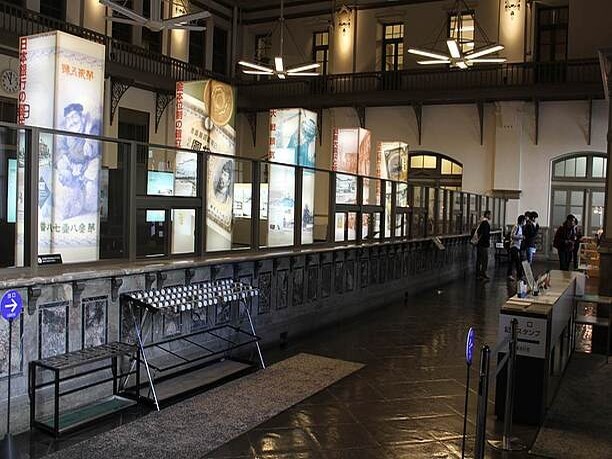 The Bank of Japan Otaru Museum has the exhibits on the history of money as its name “bank” suggests. The money history exhibits are in the back of the tellers’ windows. You can learn about how the money system was established and the commodity prices that have been rising since the Meiji era. The display of banknotes is very interesting. 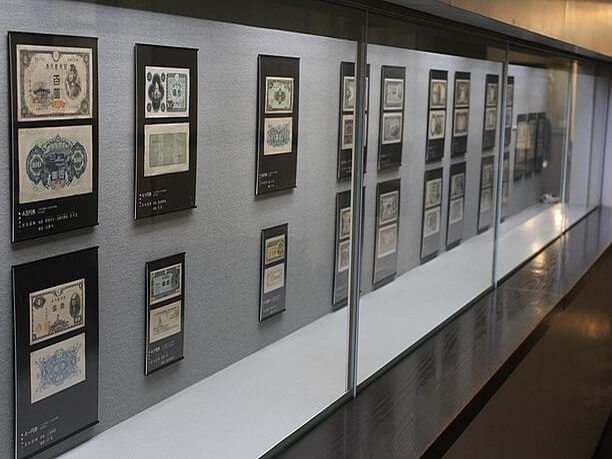 All the banknotes that have been issued until now are on the display.
For example, the display has the banknote of Price Shotoku issued during the Meiji era, and other banknotes have Mr. Taisuke Itagaki, Tomomi Iwakura, and Hirobumi Ito, and the currently circulating banknote of Dr. Hideyo Noguchi. Most of the banknotes can still be used even now. The old banknotes have an additional value and you would waste it if you spend them now, but it is possible. You can also learn about the technology to prevent counterfeited banknotes from the display. 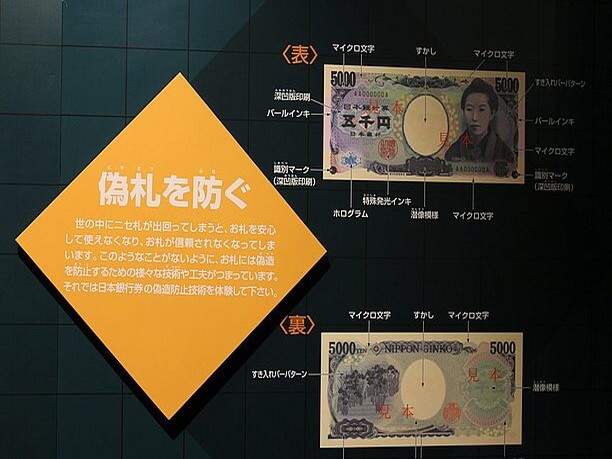 Otaru once called, the “Wall street of Northern Japan” 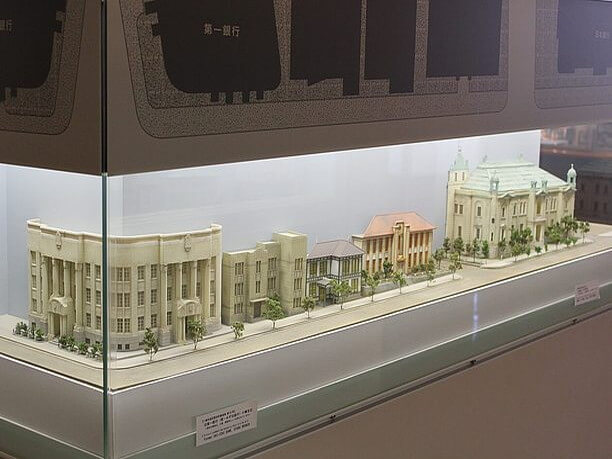 What is inside the safe? 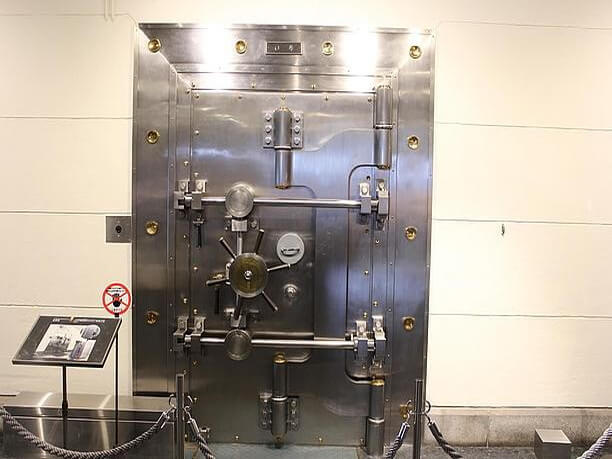 When you hear a word “bank”, you’ll be interested mostly in a safe that is used to secure money. You sometimes see the safe in a movie or a drama but you can never see the actual safe unless you work for the bank. Going into the safe is like a dream in a dream. Here in the Otaru Museum there is a safe that was actually used and you can go inside of it. When you go in, you see the replica of 100 billion yen! It gives you a pretty good picture of what is like if you actually have 100 billion yen. The inside of the safe is so spacious that the mountain of 100 billion yen may look small. 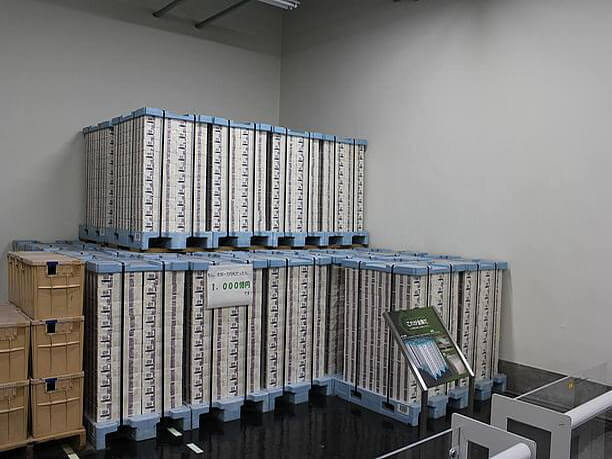 Really feel the weight of one hundred million yen!? 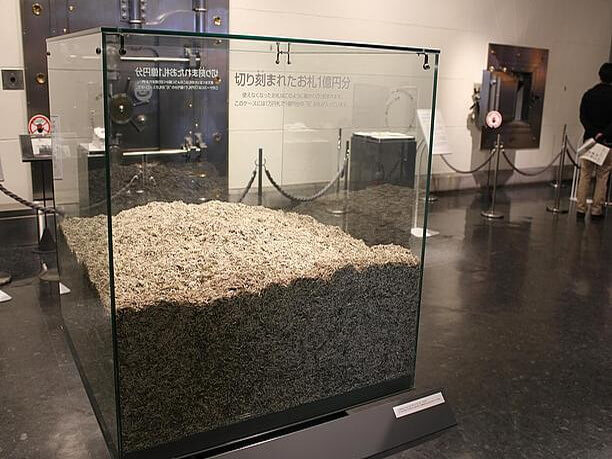 The Bank of Japan Otaru Museum