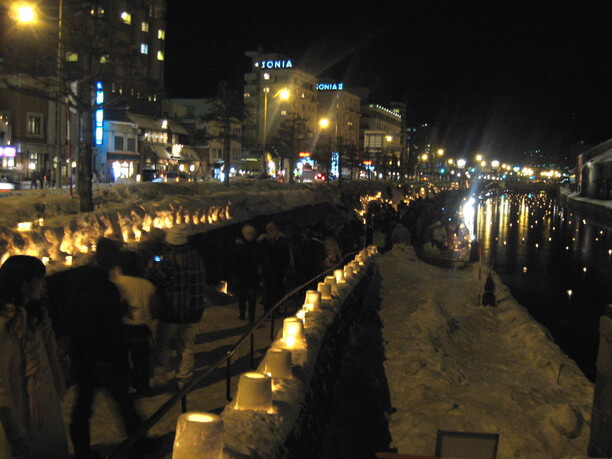 Otaru snow light path was inspired by Ito Tadanori’s poem. It is a winter event that is created and operated by volunteer citizens since 1999. Handmade candles made with snow and ice, wax balls, and floating ball candles create a fantastic and beautiful landscape.

February brings very cold weather to Otaru. The road where the snow light gently shines is bathed in cold air. An orange snow light highlights the painfully cold cheeks. “I wish to walk hand in hand with an important person” “heartwarming time” drifts in the port city, Otaru … This is Otaru snow light path.

Many old warehouses of stone and wooden buildings which flourished during the Meiji, Taisho and Showa eras remain in the city of Otaru, mainly around the Otaru Canal. The town of Otaru had the third ever built railway in Japan, the first in Hokkaido. The former line exists today as a walking road.
With the combination of snow and candle illuminating this historic place, nearly 500,000 people annually rush around during the ten-day period.
Between the warmth of the snow light and the warmth of human beings there is produced an inviting event that is visited time and time again by so many locals and tourists. 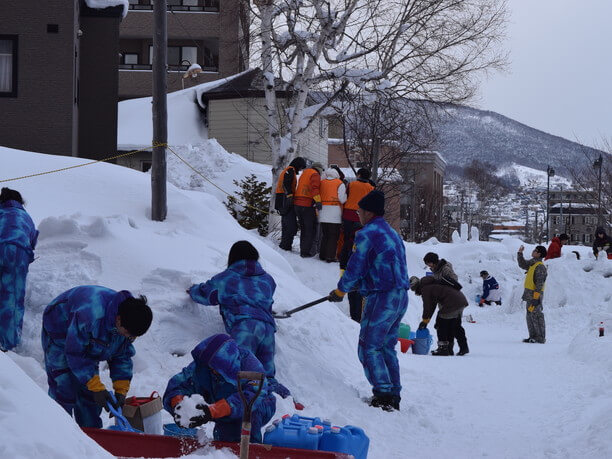 Volunteers including foreigners, work together to create the handmade venues.
So, even though it is cold, the hearts of the workers stay warm! 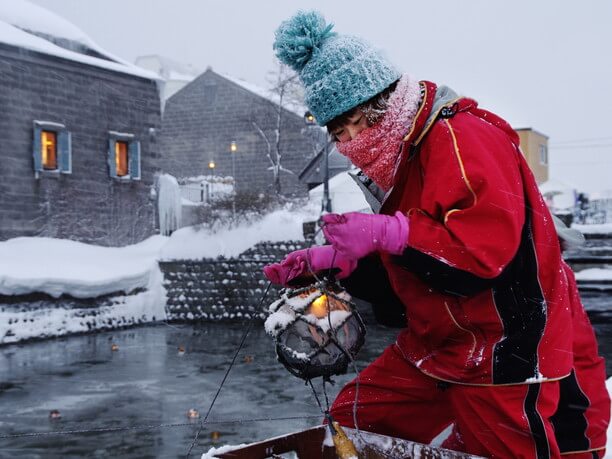 A candle that floats in the Otaru Canal looks like a star in the sky! 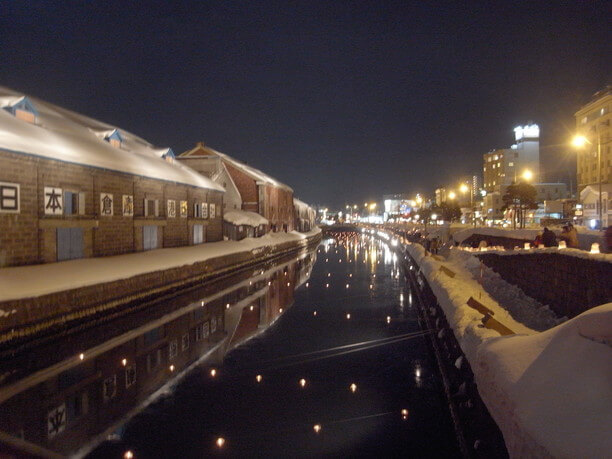 It is like shining star in the night sky reflecting on the surface of the water of the canal. The light is from a float ball candle made with a motif of a glass float used in fishing gear. Visitors walking along the Otaru Canal Road, are impressed by looking at the candles from the side, and from the view standing on the bridge. The beauty of the scene often creates a loss of words but you can imagine the guest must be thinking “I am glad I came!” 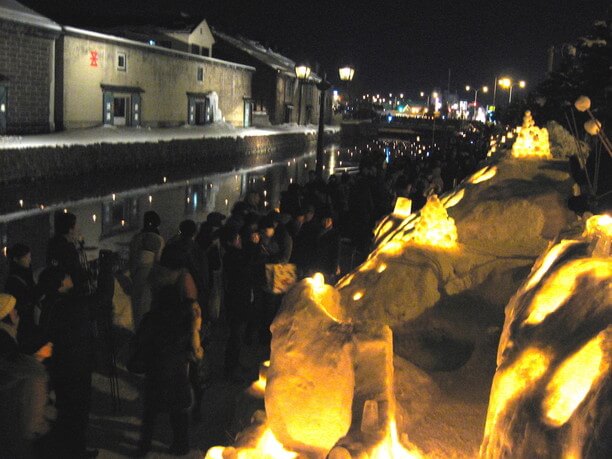 Temiya line area is the best place to go! 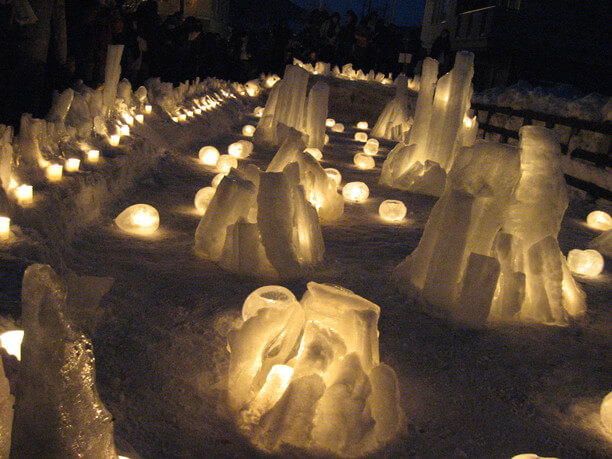 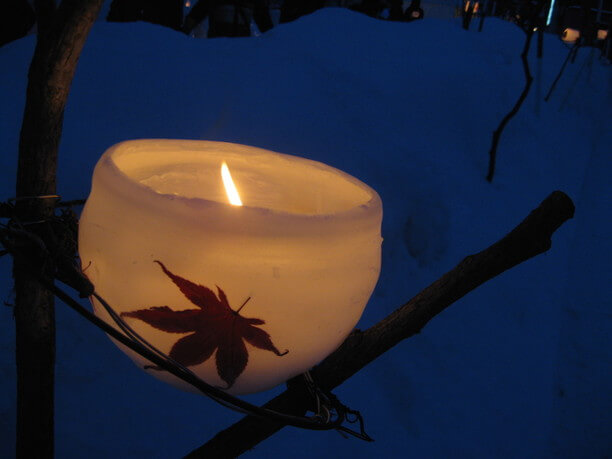 Otaru’s tourism ambassador recommends the old Temiya line area.
Here there are snow candles and soft wax ball lights creating an unspoiled atmosphere. Families, couples, and friends are huddled together as they walk along the crowded road lined with snow light candles.

You will be impressed by the kindness of the Otaru people at the old Temiya line area. 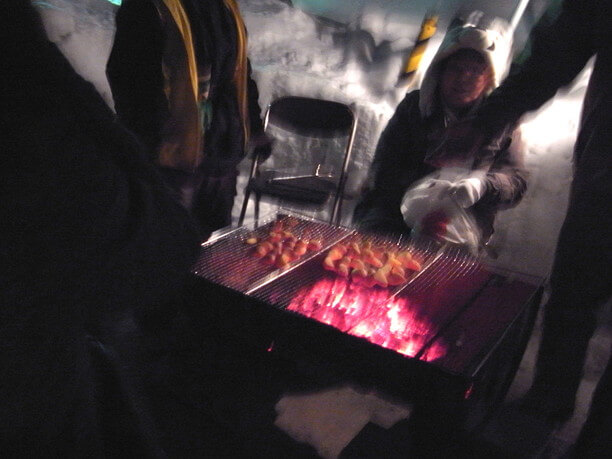 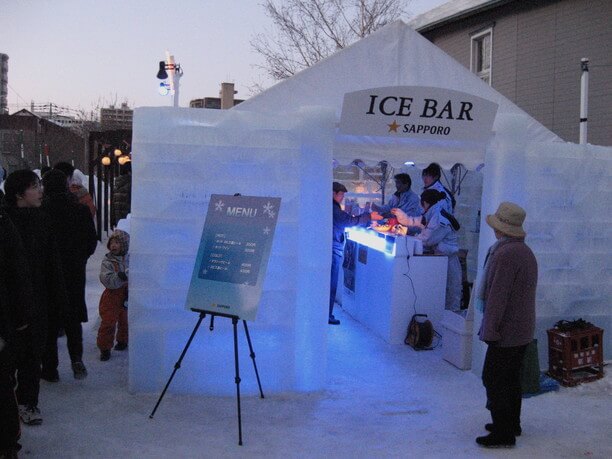 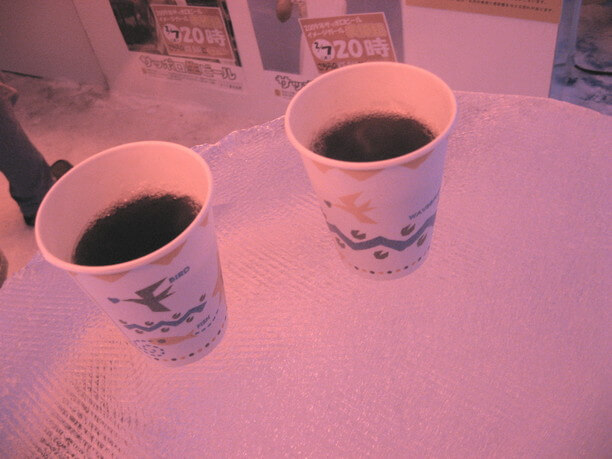 The fact that local people bake grilled potatoes and mochi for gifts is one of the biggest factors that give this Otaru event a feeling feel like other events do not have. There are also ice bars that have made an appearance over the last couple of years. The Otaru snow light path isn’t just about enjoying the scenery! It’s about enjoying the hospitality of the people of Otaru. The old Temiya ruins is a great place for a stroll in the summer but in the Winter it also makes quite the impression! 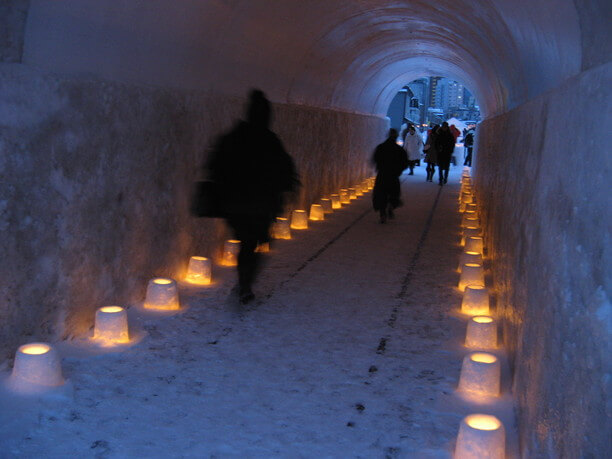 Otaru, the city itself is the venue! 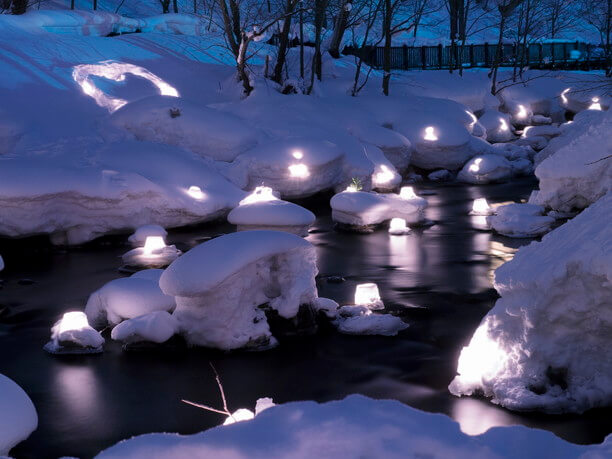 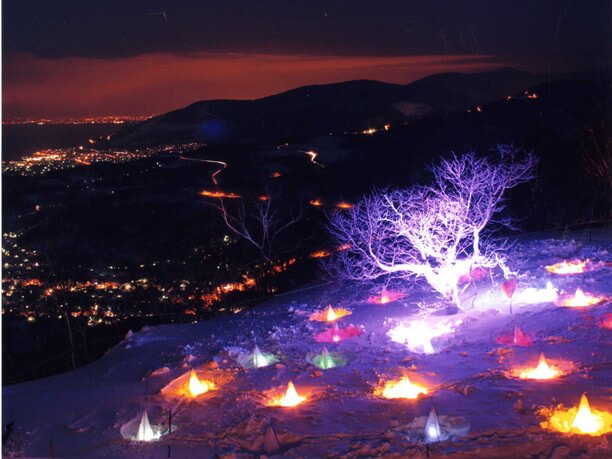 Officially, the canal venue and the Miya line venue are the main venues, with the secondary being the Asahikawa Onsen venue. In addition to this there are other places such as Tengu mountain area. In reality, the venue is not just the arcade street between the Otaru station and the canal, It is the whole City of Otaru. 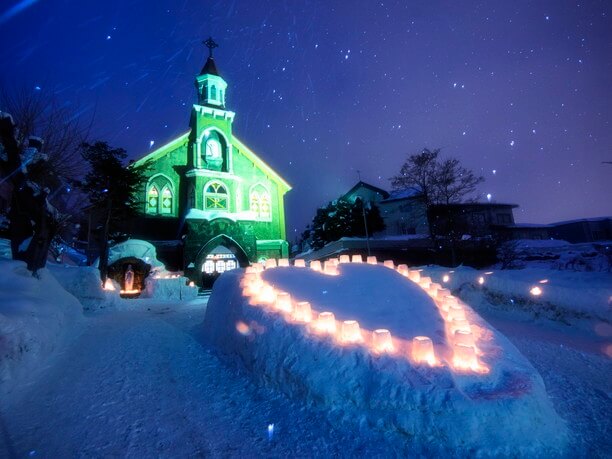 Snow statues, snow candles and ice candles that citizens and companies independently made light up the Otaru station and near by Sushi restaurant. Citizens decorate the city of their own will, not being asked by anyone. Everyone welcomes all who come to Otaru. 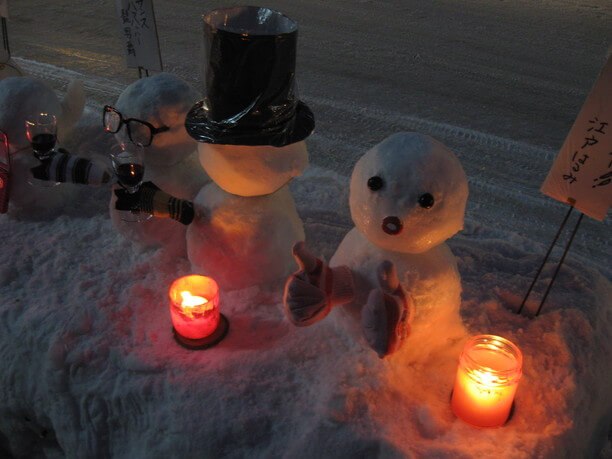 A couple who is having a hard time can warm up to each other if they walk hand in hand on the snow light path! Of course, it is also recommended for romantic couples in love.