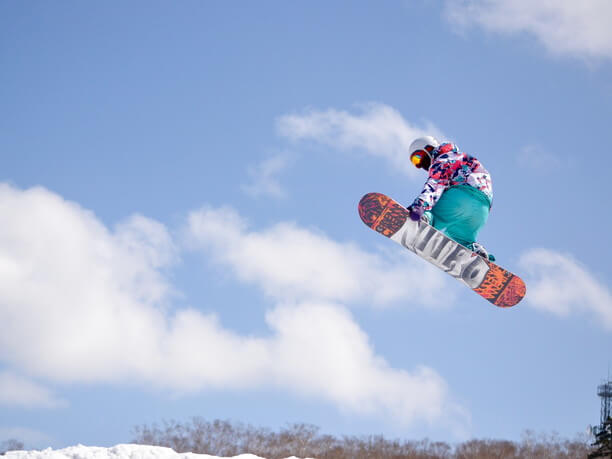 “Nakayama Toge Ski resort” is approximately 1 hour by car from Sapporo city when heading towards Niseko. As its name suggests, it is a resort near the summit of “Nakayama Pass” along national highway 230. Even at the foot of the slopes, the altitude is about 2400 feet and the beauty of the view is outstanding. On sunny days you can enjoy a skiing with a view of “Yotei mountain” also known by the name “Emishi Fuji.” 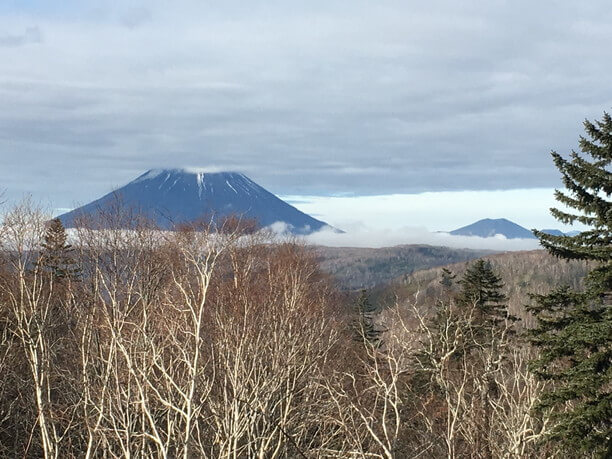 Nakayama Toge Ski Resort has a reputation for opening early in the season and good snow quality!

The Altitude of the Nakayama Toge Ski Resort is about 2400 feet near the base. As a result, the snowfall comes sooner in the year. It is famous as a ski slope where you can ski as early as November. 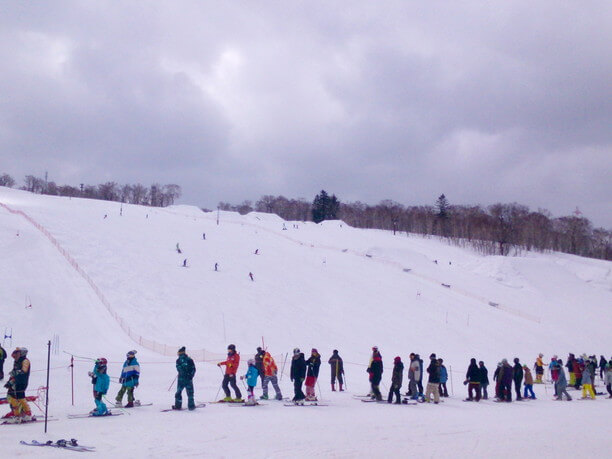 Because of the high altitude, even when it is raining in Sapporo the Nakayama Toge is still covered in snow! All the snow on the slopes is natural snow. From the beginning of the season there is high-quality snow. Depending on the snowfall situation you even experience fluffy powder snow as early as November!
From late October to early November, for skiers and snowboarders in the suburbs of Sapporo who want to ski, there is no need to check the weather forecast and check open information of the Nakayama Pass Ski Area. It’s open and ready with snow! Many suggest that “If you are skiing for the first time, go to Nakayama Pass Ski Resort”.

After the first ski period from November to mid-December, the resort is closed year until the end of March. At a normal ski resort, January and February are the peak months of the winter season. However, the Nakayama Toge Ski Resort is closed due to too much snowfall! 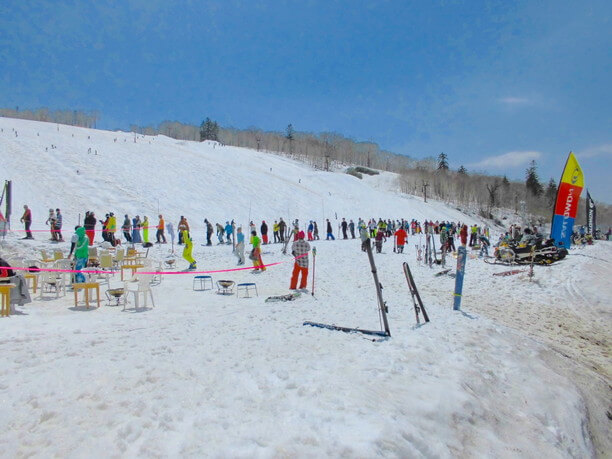 This way, with the amount of snow that has accumulated on the slopes, by the time Spring comes along they have perfect skiing conditions! As I mentioned earlier, because the altitude is high, you can enjoy high-quality snow well into spring.
The skiing is amazingly into mid-May, sometimes even into June! Even while other ski resorts are closed, Nakayama Pass will still be open! 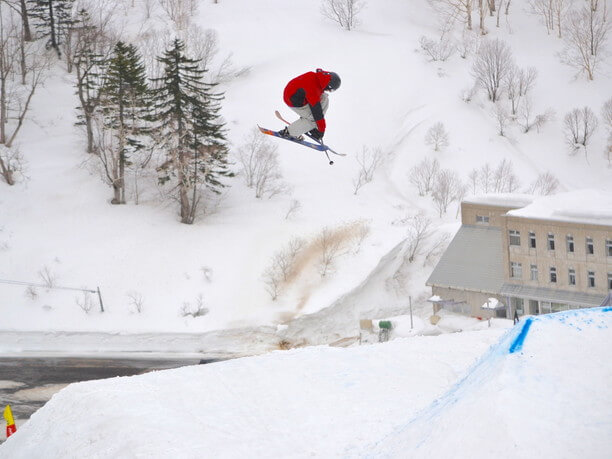 There is a particularly popular park which is beautifully maintained. It attracts skiers who like jumps and is even frequented by pro skiers. 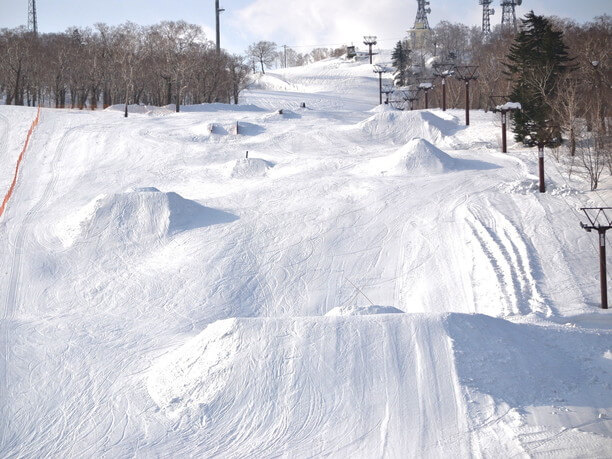 The real thrill of spring ski is enjoying the Genghis Khan! 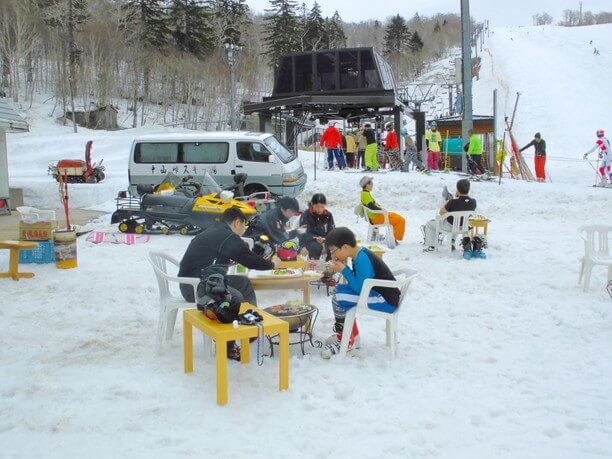 In the Spring there are many days with nice weather. On a sparkling warm spring day eating the Genghis Khan on the snow is exceptional. With morning skiing and eating Genghis Khan while looking at the slopes and Mt. Yotei in the afternoon, you will have a full day of enjoyment!

With rental equipment available, you can ski even when traveling during the Golden Week!

Since the rental gear is substantial, you can come even without packing any gear! Clothing and ski or snowboard full set for 5 hours is 10,300 yen. 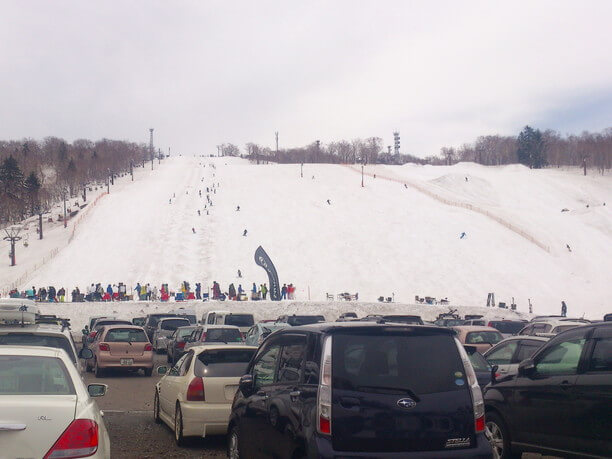 Since Nakayama Toge is the passage from Sapporo to Niseko and Rusutsu, skiing can be fit into your travel plans during Golden week. Because full rental is possible you can drop in during the middle of the drive.
Even people who are not used to driving in the winter will be fine in the spring, so renting a car is a good way to go.

【Spring Period】
Schedule April 1 (Sun) – May 13 (Sun) in 2018 * After May 14, 2018 (Monday), there is a case where we will operate only on Saturdays and Sundays depending on the situation of the slopes.
* Please check the latest information from the official website.

This is one of the few ski resorts in Hokkaido which is open at Golden Week. With its good location you can enjoy skiing in the morning and amusement park of Rusutsu in the afternoon! Or maybe rafting in Niseko!

Note
HP : http://nakayama-ski.com
* Prices vary depending on the season. For details please check