Arashiyama is called an inner room of Kyoto along with Kifune, and there is an atmosphere of an adult. 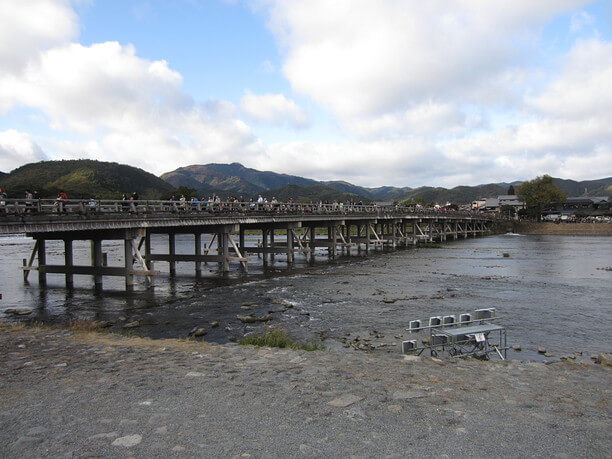 Togetsukyo-Bridge is the doorway of Arashiyama. It welcomes many tourists from many countries, and it makes us more excited. 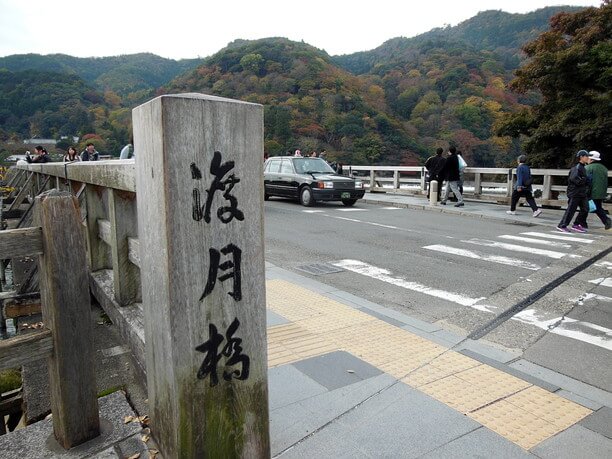 The Bridge embody the scenic beauty

It has a green mountain on the back, and cross over a clear stream. It’s a scenic beauty, it seems it steal out of a historical drama. 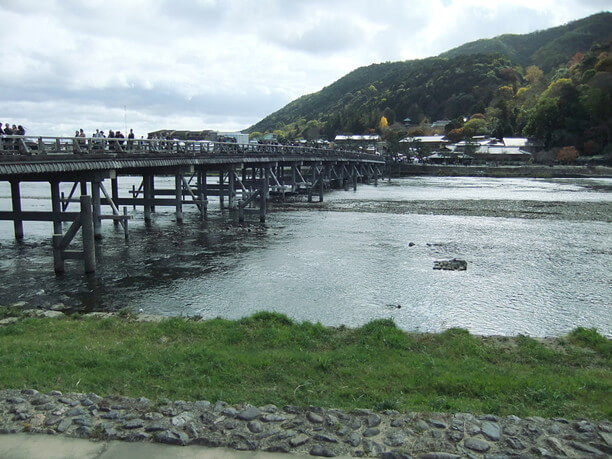 It seems it’s built of wood, but it is actually a concrete building except certain areas like the railing. Cars and buses can come and go.

The name “Togetsukyo-Bridge (渡月橋)” comes from the haiku “くま(雲)なき月の渡るに似る” of the Emperor Kameyama in the middle of the Kamakura period. It is said it seemed the moon cross the bridge in the night sky without the cloud.

A photography spot of Togetsukyo-Bridge

It’s the best angle to point a camera to the southwestern side from the northeast side of the bridge.

It’s a familiar angle of the bridge. It’s been used for Ukiyoe of Hokusai Katsushika and Hiroshige Utagawa and pamphlets today.
In the season, you can put a cherry blossom and the colored leaves of the river bank in one piece of photograph. 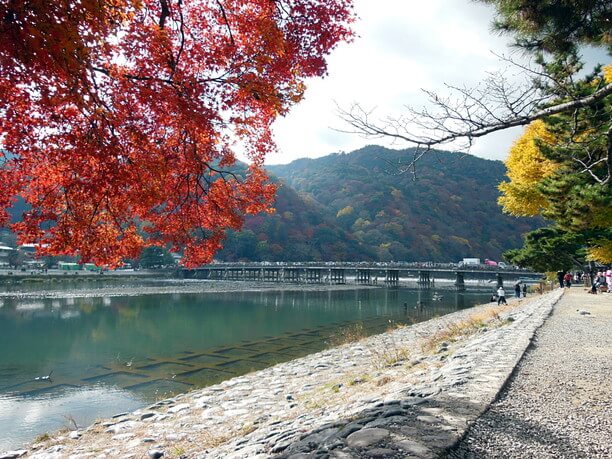 In December, a whole Arashiyama would be illuminated. You can take a beautiful photo. 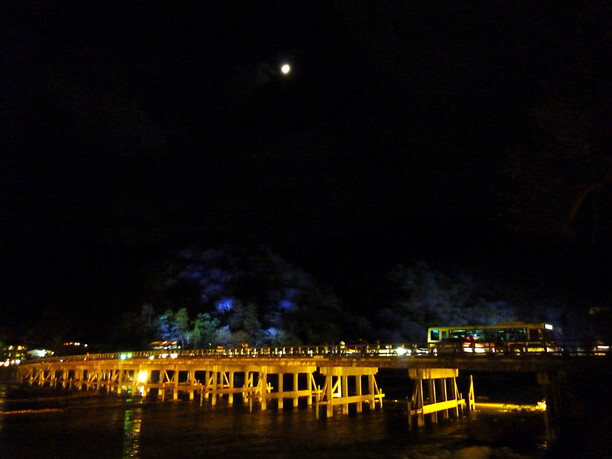 After arrived at Arashiyama and taking a photo of Togetsukyo-Bridge, the café “Hanashirube” is recommended. It’s handled by Kotokiki-chaya which is famous for Sakura-mochi. 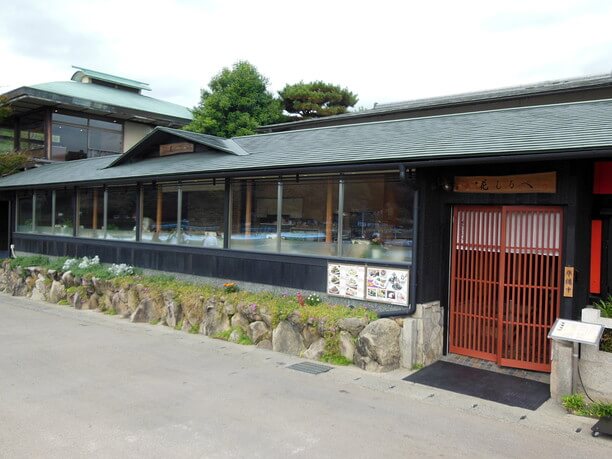 It’s the nearest shop from Togetsukyo-Bridge. It’s really in front of it.

In the first floor, the seat faces toward the river. You can eat sakura-mochi and green tea 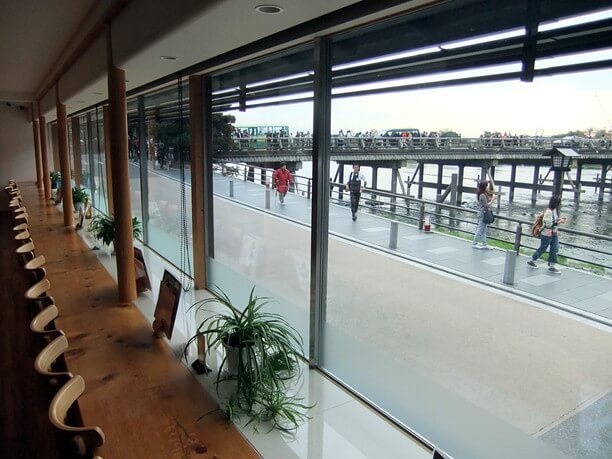 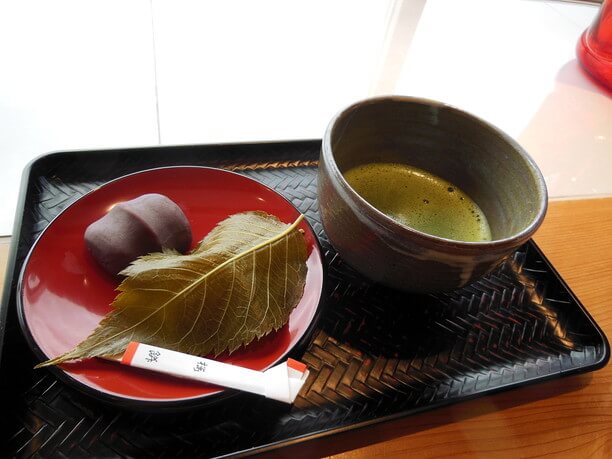 Do you feel something is missing without bean jam? Don’t worry. The balance of sweetness and salty taste of domyoji-rice cake and the green scent of the leaf is superb, and you will be satisfied.

In Hanashirabe, the meal menu including a hamburger steak and the pasta is substantial. 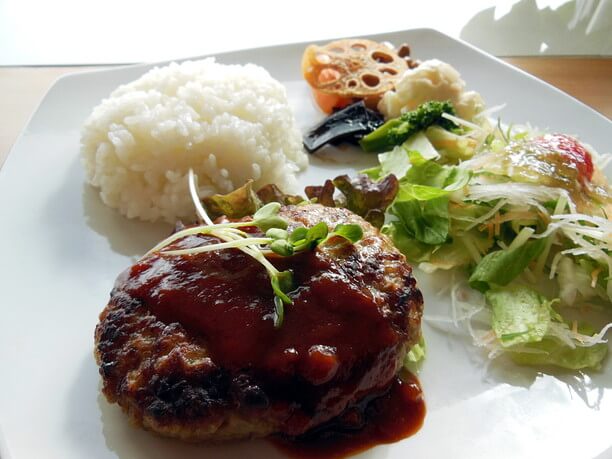 After having taken a break, let’s take a walk along Oigawa-river toward the upper. 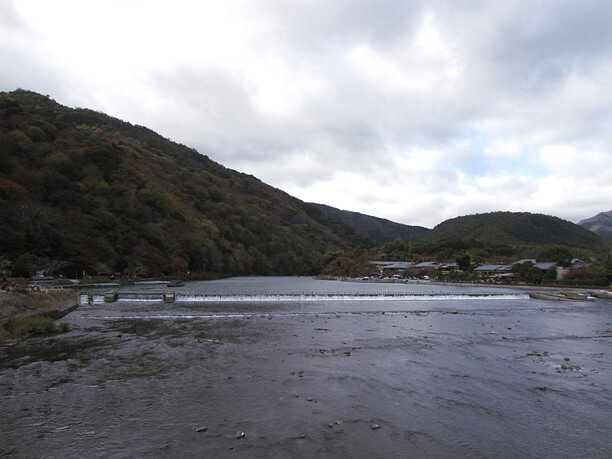 It is said the emperor Daigo started to sail a houseboat on Oigawa-river. It has been cut off as the time advanced, but revived in the early Showa period. It’s inherited and becomes one of the scenery representing Arashiyama. 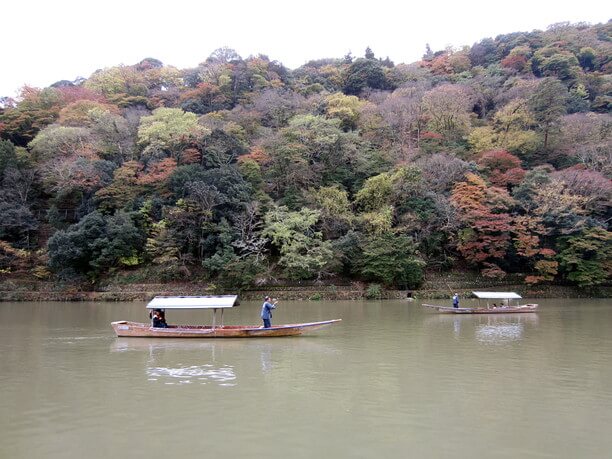 It’s a luxury time to watch houseboats. Please take a walk along the river to the upper.

From Oigawa-river to Arashiyama park, the way of Sagano bamboo forest

As going to the upper of Oigawa-river, an entrance of Arashiyama Park appears on the right. 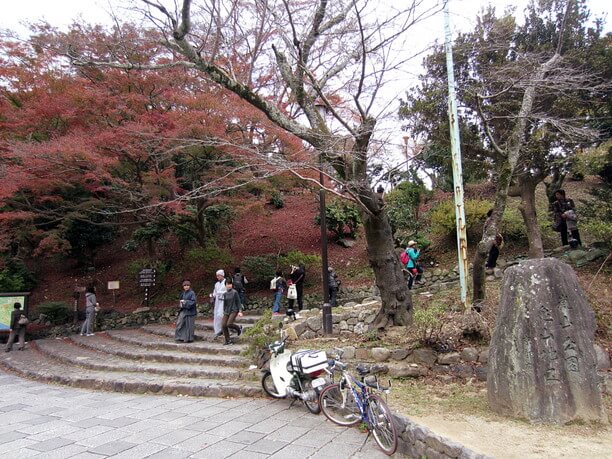 I think many tourists would go back toward Togetsukyo-Bridge, but please go forward to Arashiyama Park.

It’s a little hard to walk as it is a hill-formed park. You would arrive at Okochi Sanso Villa after going ahead through Kameyama Park which is the little-known spot of colored leaves. There, you can see the entrance of Sagano bamboo forest in front of you. Sagano bamboo forest and Togetsukyo-Bridge are the most popular sightseeing spots. 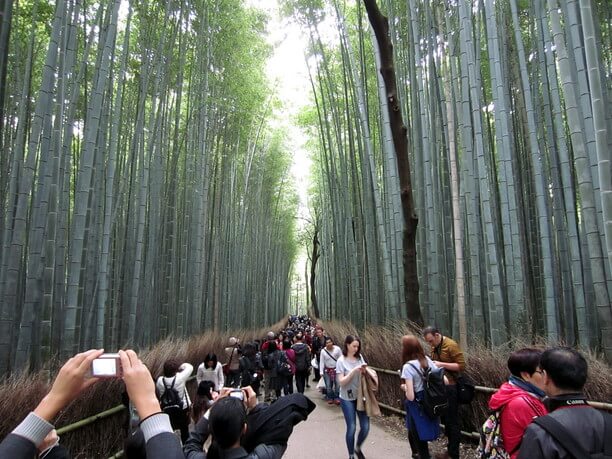 There are many good points to see: a bronze statue of Ryoui Suminokura, an observation deck, a maple tree, and cherry blossom. The entrance of Sagano bamboo forest is on the mountain. As going through the bamboo forest, it leads to the Arashiyama downtown, it’s recommended.

Close
Open throughout the year