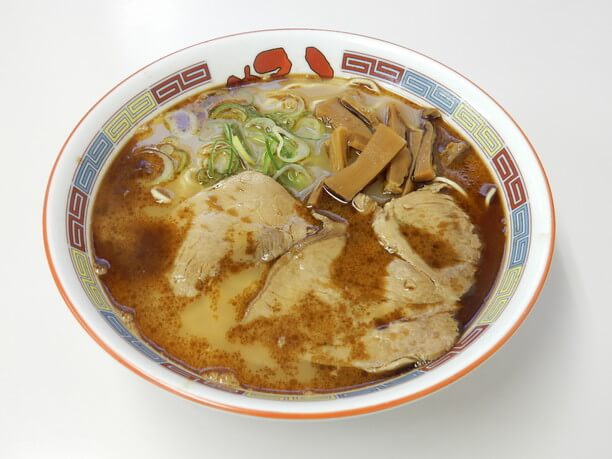 Asahikawa’s soy sauce ramen, the typical flavor of Hokkaido, along with Sapporo’s miso, and Hakodate’s salt are staples in the world of ramen. Hachi-ya is one shop that has supported all of them.

Soup with charred lard, is also characteristic. It is fragrant and it has a good aftertaste in ways which can not be imagined from the appearance. It is an addictive flavor that you want to come repeatedly to eat. 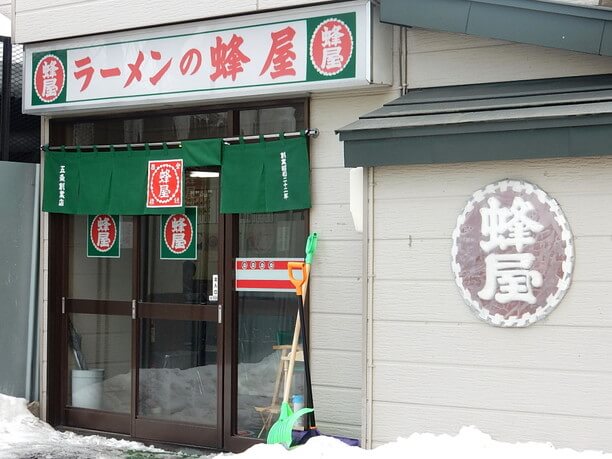 You can try the taste of the origin at Gojo Founding Store, which is located at 5 · 7 kouji furarito with other unique eating and drinking establishments?

This shop contributed to the origin of Asahikawa Ramen!

Hachi-ya was founded soon after the war in 1947 when ramen had not yet been established as the food for the common people. With the hint of Chinese noodles, the founder completed his recipe by continually improving until the foundation of Asahikawa ramen known as the taste of Hokkaido was established. It is a long-established store that has kept its original recipe since its foundation without being swept away in the times. Shuichi Ishimoda (石母田 修一) who is the manager of Gojo founded store says, “I always have a spirit of delivering the taste of the original ancestry.” 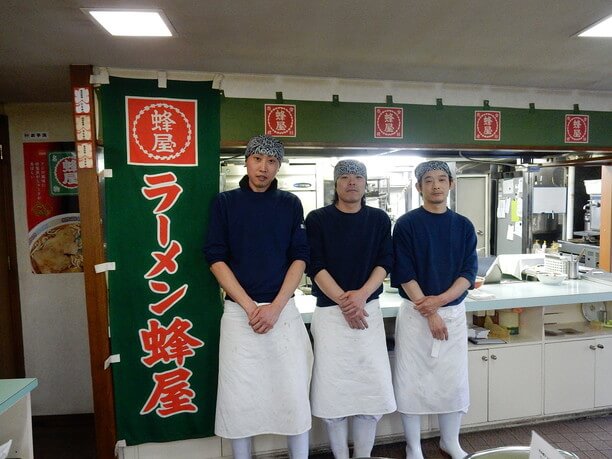 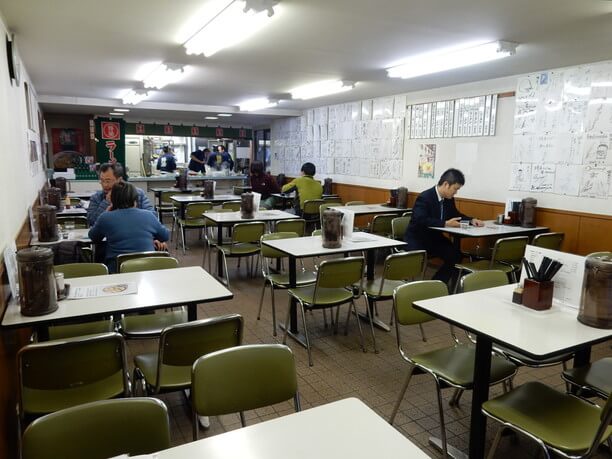 In search of the taste which can be said is the original, not only citizens but also tourists are packed in the shop. If you would like to enjoy the taste loved by the locals, you can indulge yourself and enjoy the soy sauce flavor (750 yen) that can be called the original.

A savory cup full of W soup and scorched lard 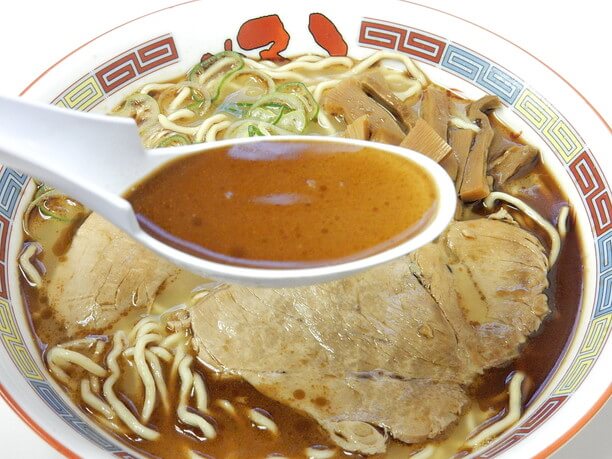 This characteristic ramen is a fragrant soup with unique scorched lard. The scorched lard is made by putting a fire under lard and carefully scorching it until it is as black as a soy sauce. Naturally, the soup that it contains is also deeply colored, and it looks tastefully rich. 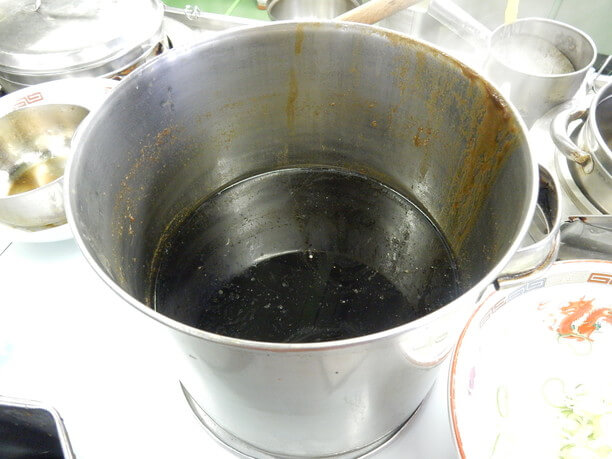 After its deep taste and aroma spread into the mouth, only a refreshing taste remains. The goodness of this aftertaste is what makes their W soup made with pork bones and fish stock so popular. “There are many guests who enjoy this soup,” the owner said. You can order additional rice and it is a delicious taste that you can enjoy to the last drop. You can also adjust the amount of the burned lard.

Their homemade noodles will further raise the quality taste of the soup. They use chidire noodle with low water content which are difficult to spread, They have a sticky texture that often intertwines with the taste and aroma of the soup. 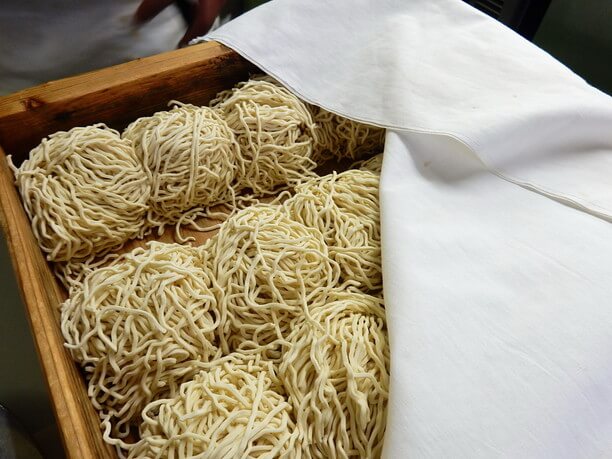 The noodles change according to the season and the climate, with the amount of water added. Mr. Ishimoda said, “It is important to have the same finish even in a humid summer, dry winter, so that it becomes the noodle in the best condition, according to the environment!” 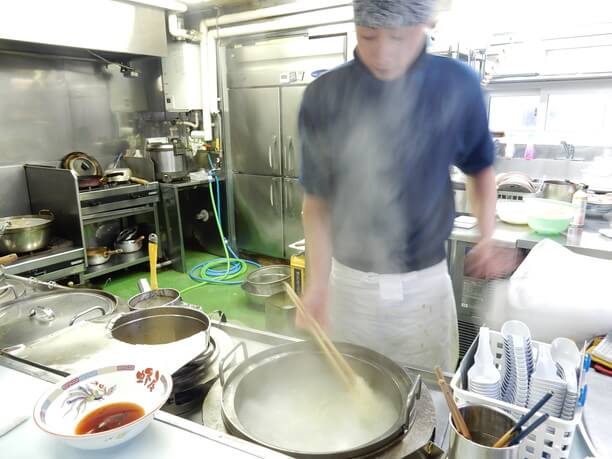 Every ingredient including the mushrooms are homemade, each one complementing each other’s taste.

Traditional ice cream quietly tells the history of the store!

Together with soy sauce ramen, their secret specialty is honey ice cream (300 yen). Actually, the origin of the store name is as a result of this menu item. 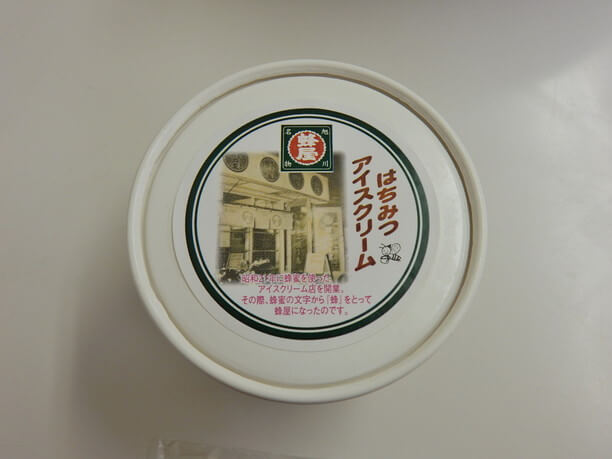 Initially, the founder opened an ice cream shop. The name of the ice cream shop is “hachi-ya”. That still remains as the shop name. This ice cream made with plenty of honey can enjoy an elegant sweetness and refreshing fragrance peculiar to honey, and makes the inside of the mouth refreshed. 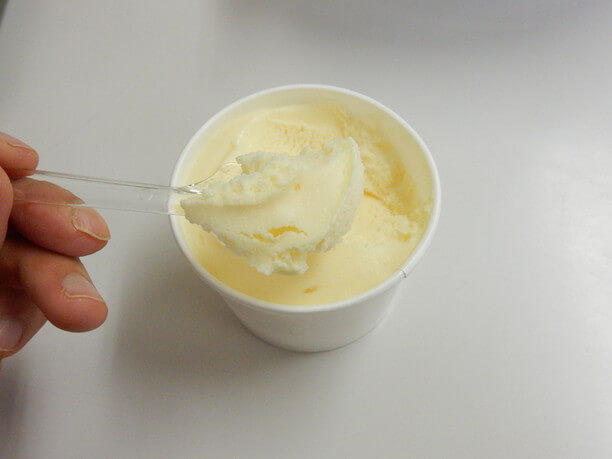 This long-established store represents the local village. The head office is located close to the JR Asahikawa Shijo Station, and they also have a factory that prepares their noodles and soup. Many people, including tourists visit both shops. If you want to enjoy the distinctive taste produced by traditional recipes such as scorched lard this is the shop to come to.

The savory burning lard taste is what makes this ramen shop popular, as well as the taste of the honey ice cream. They are both nostalgic tastes that go perfectly together.