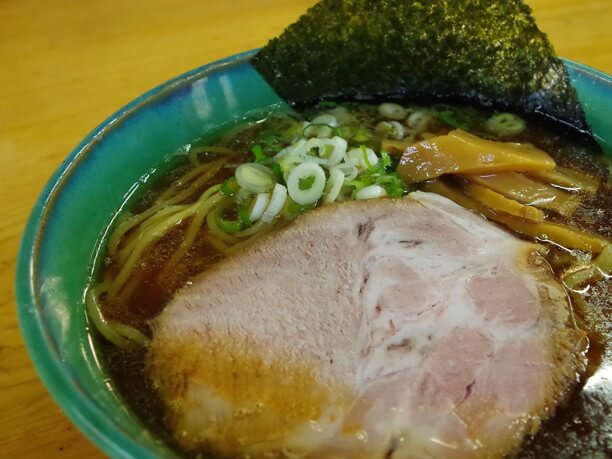 Since its inception in 1994, Ramen Shodai in Otaru (小樽) has been providing ramen that has never changed its taste. Their base ramen soup is a “soy sauce” soup. They
once took second place on the television program “TV champion”, and became known to the whole country. Currently about 8 percent of the store’s diehard fans are locals. That’s why Mr. OTA (太田さん), the store’s owner, has worked hard to keep the flavor consistent. 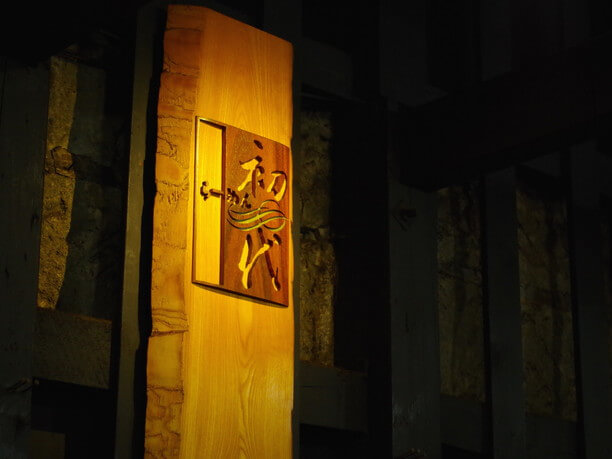 Their Ishikura warehouse store has an Instinctively eye-catching look! 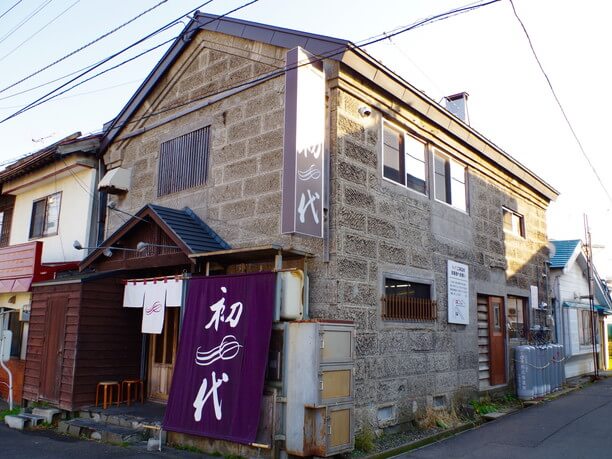 The appearance of the Otaru Ishikura warehouse storefront increases expectations.
It is a building that is listed on the historic register and is talked about by many people. It was around from the later part of the Taisho era into the early Showa era. Many tourists take a commemorative photo in front of the shop.

The most popular ramen! 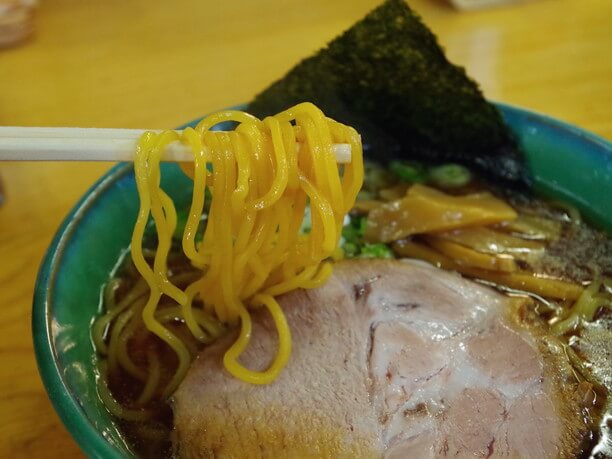 The basic soy sauce noodles are very popular (800 yen).
It is served with a large portion of pork in the soup that is very delicious! The soy soup takes one month to prepare and the pork bone used in the soup is cooked for more than 20 hours. The soup is simmered for such a long time and creates a very deep flavor and taste. The noodle size ranges from medium to fat and is processed in a period of 10-12. Days. This is double the normally 4-5 aging process. They spare no effort to ensure a strong, elastic texture. Its Compatibility with the soup is excellent! 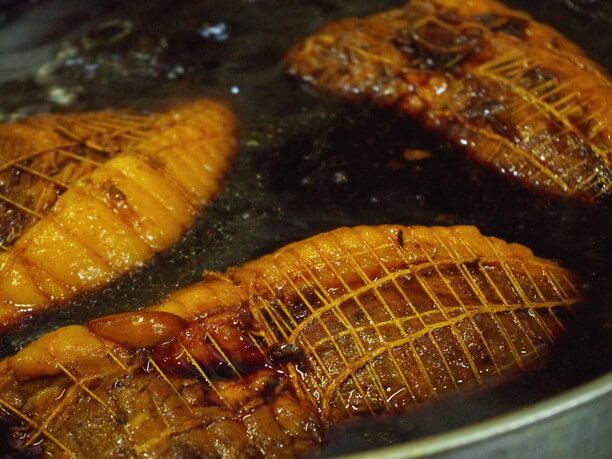 They use fresh pork from Hokkaido! 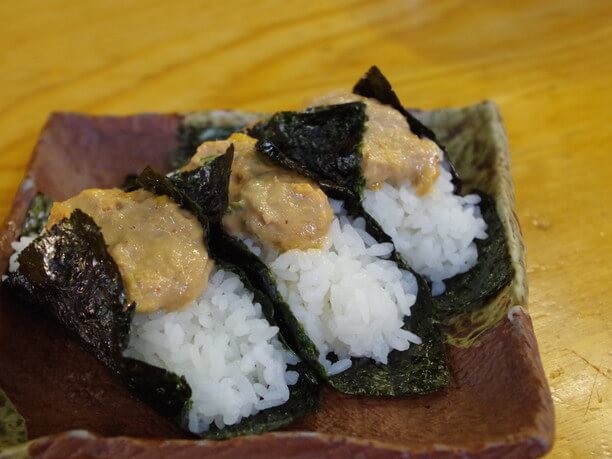 If their ramen isn’t enough to fill you up, they also offer a very delicious “chamayo Mayo (240 yen).
These rice balls are a bit smaller which make them easier to eat for children.

You can see the soup being made! 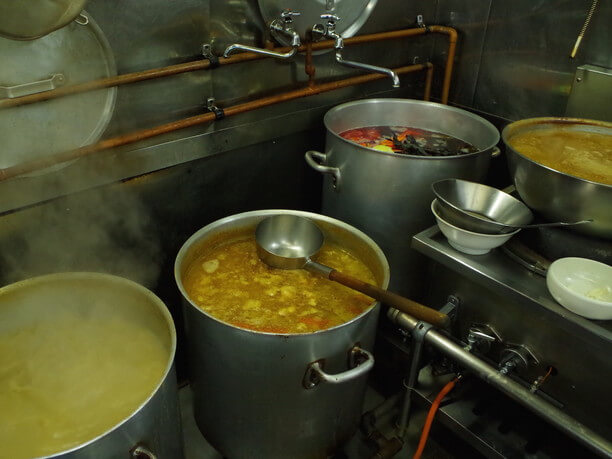 This is Shodai soup recipe! 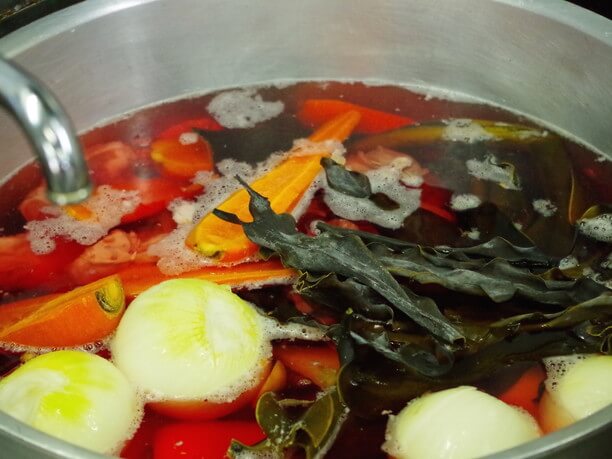 Start by adding water to a pot overflowing with pork bone and vegetables! This produces a luxurious soup. 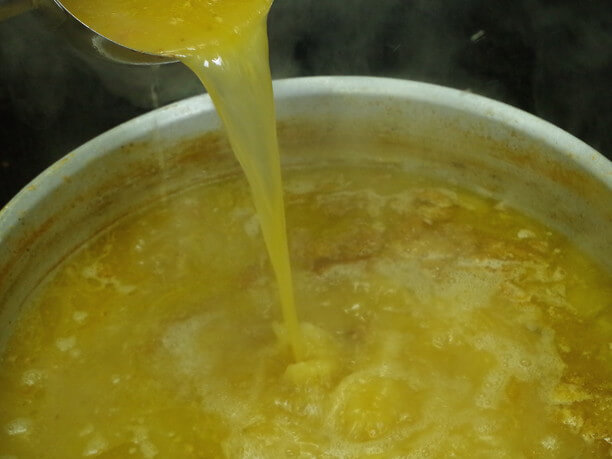 Bring it to a boil, let it cool then repeat the process for more than 20 hours. The finishing touch is the addition of shellfish or kelp to further the flavor and complete the soup. You can choose it with salt or or miso. 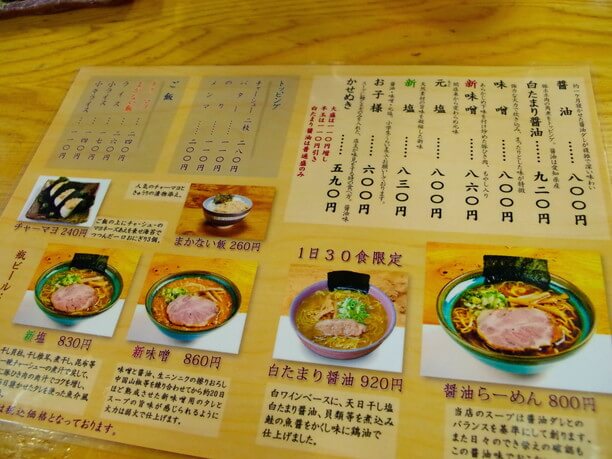 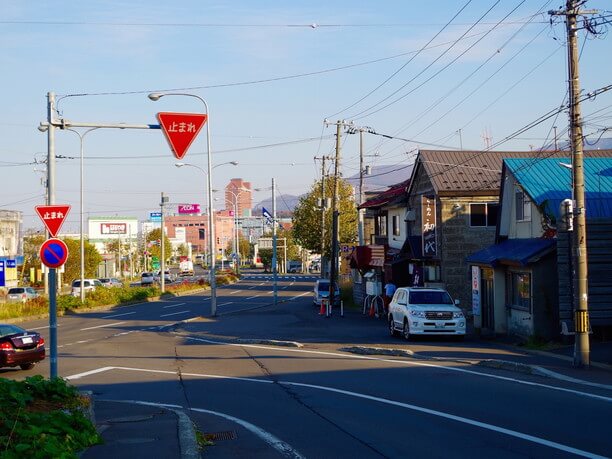 The shop is located along road 17. This is a major highway, so it is easy to access!
If you are coming from Sapporo on the Otaru expressway get off the Otaru exit and continue straight for about 1/2 of a mile and you will see it on your left. Minami-Otaru station is the nearest station. On a map, it looks like they are quite a ways away from the tourist center. But in fact it is quite close. Sakai-Machi is the main tourist street in Otaru. While walking on the street you will see the Otaru Orugoru dou (Music Hall) and Ramen Shodai very close by.

It is not written on the menu, but you can have adjusted the firmness of the noodles, how weak or strong the flavor of the soup, how much fat there is in the soup.

Price
the average price is 1000yen