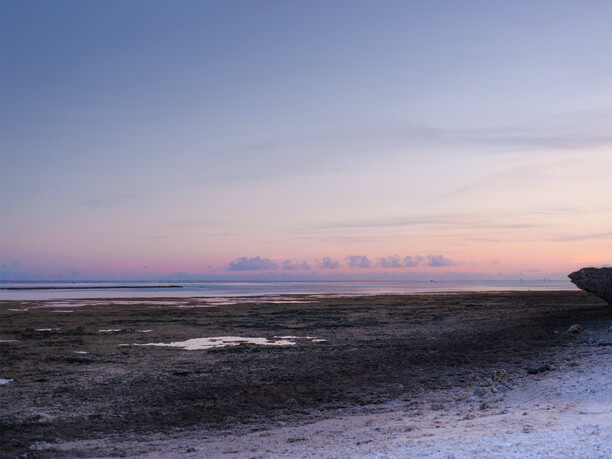 Because the Yaeyama region is located at the southern tip of Japan, you can see a different constellation than you can from the main island of Okinawa. On the island of Ishigaki in the Summer, the “Star Festival on the South Island” is held,
During the festival the whole island turns its lights down. At other times of the year, because the city lights are bright in the evening, you have to go outside the city to see the stars. For those who feel it too difficult to see the stars at night
There is “Tadahama beach,” which is “pitch dark” at night. Enough that you can see the stars while being near the city area.

How do I get to the “Tadahama Beach Shore”?

Tadahama Coast is the coastal area connected to Maesato Beach. 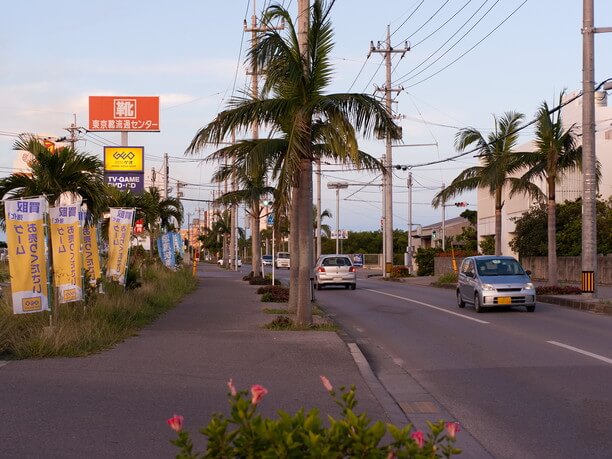 First of all, look for the “GEO” DVD rental shop and the “Make Man” home center
(there is only one of each store on the island). You can find them easily with your car navigation system or map application. 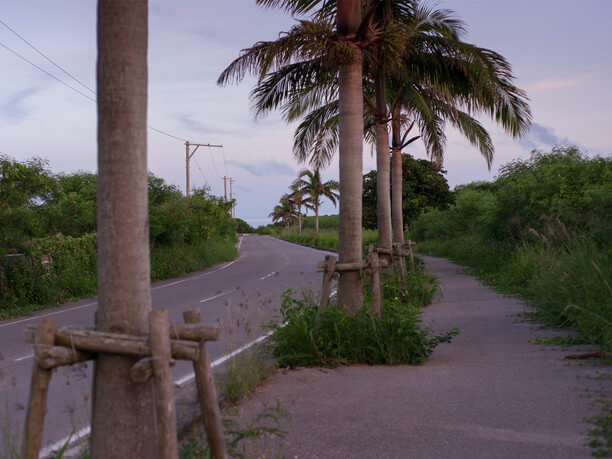 The above picture was taken at sunset. You can see that there are no street lights.
Where the GEO and Makman stores intersect go south toward the ocean. There are many commercial facilities, that turn out their lights at night to make stargazing easier!

In the pitch dark of the night there are many parking spaces where the stars can be observed! 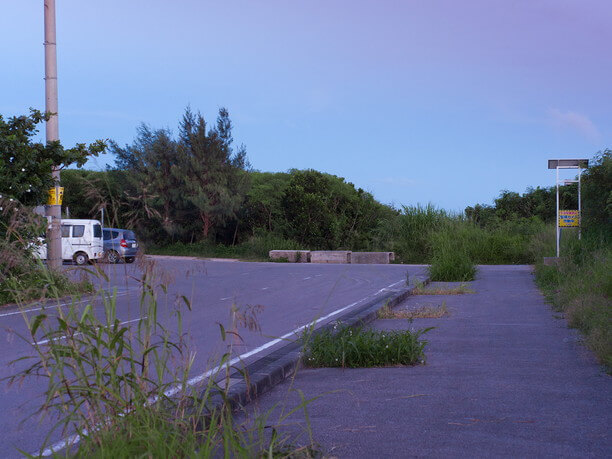 Above you can see a dead-end street where there are parking spaces spread out for observation of the stars!
Observation of the stars is okay form these parking spaces and local people often visit these spots along the coast. You can take a shuttle to and from the shore. They even will let you take along your pet! It is a wonderful time to relax under the cool evening sky!
Especially when you are with your children or come to take photos of the stars!

At dusk the coast is overflowing with hermit crabs! 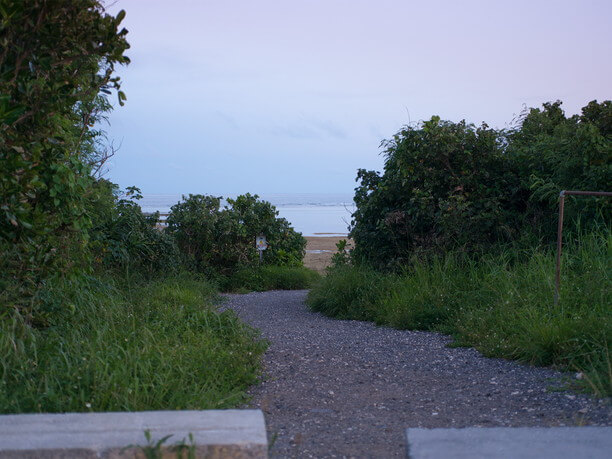 Above is a photo of a gravel road along the coast. In summer, as you walk along this road there are times when you hear sounds like pebbles rolling around here and there. It is actually the sound of hermit crabs rolling around and hitting shells with one another. Sometimes, the coast is so overflowing with hermit crabs that there is no room to walk.

The picture above is of the coast at low tide. At high tide the tide will come up to the white sandy area in front.
You can not swim along the Tadahama Coast. Please be careful when coming at night!

In the evening the shop signs serve as landmarks! 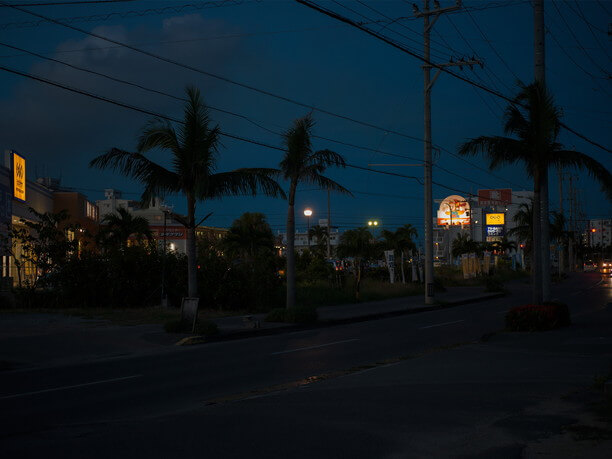 If visiting the intersection between GEO and Makeman at night, it the shop’s signboards that serve as landmarks to direct you
to the Tadahama Coast. At midnight each shop will close, and the lighting will be poor. It is a good idea to travel while the lights are still bright!

Make wonderful memories with the sky full of stars! 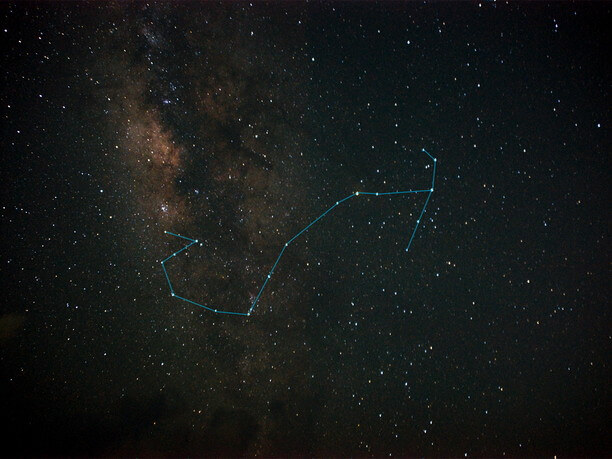 It is convenient to use the application on a smartphone that corresponds to the position information detection by GPS using the constellation quick eye board. If you have a mode suitable for browsing in dark places such as "Night mode", you can easily compare the screen and the starry sky.