The Tsutenkaku Tower(通天閣) (Osaka’s symbol) is 338 feet high. From the basement up to the 5th floor, you can enjoy various facilities. It even has an observatory overlooking the city of Osaka with a 360-degree view.

Charms with the God of good luck “Biriken” and other Osaka souvenirs that are only available here line the shelves at “wakuwaku land.” You can go back in time 100 years in dioramas. And as Masaaki nishigami (the buildings president) says “rather than the height of the Tower, it is all the things that are offered here that makes this such a big attraction.

Over 100 years have passed since it began, yet the Symbol of the Osaka is constantly evolving.

In 1912 Tsutenkaku tower was built. It was modeled after Arc de Triumph and the Eiffel Tower in Paris.
It was destroyed in a fire and rebuilt in 1956 by donations by local volunteers.
In the reconstruction, a weather forecasting neon sign was added to the tower at the Summit of the Biriken Hall. Also, advertising started. There was one new initiative after another.
History of Tsutenkaku and other precious materials are kept in the Office of the President. 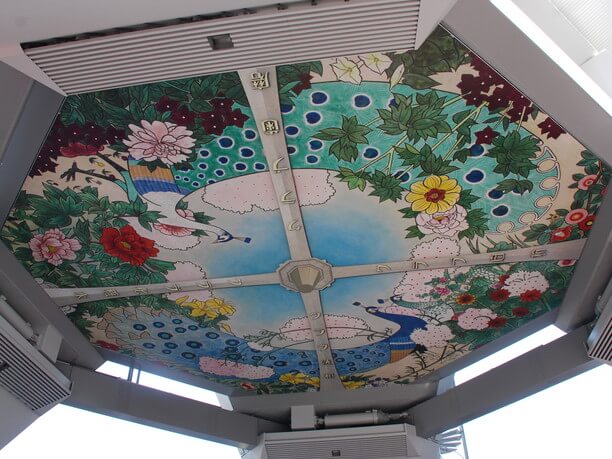 In 2015, Tsutenkaku in addition to new initiatives, started seismic isolation retrofitting work, on a scale that was unparalleled in the world.
It also had reprinted on the entrances large vaulted ceiling a reproduction of the ceiling when Tsutenkaku first opened.The ceiling design was created as an advertising for a local cosmetics company. On the basis of a sketch and a black-and-white photo of the time, a new original picture was drawn by an up-and-coming Japanese painter. The painting depicts three peacocks, with ornate peonies and camellias. At night, it is lit up and becomes even more colorful.

You can see Osaka town 287 feet below! 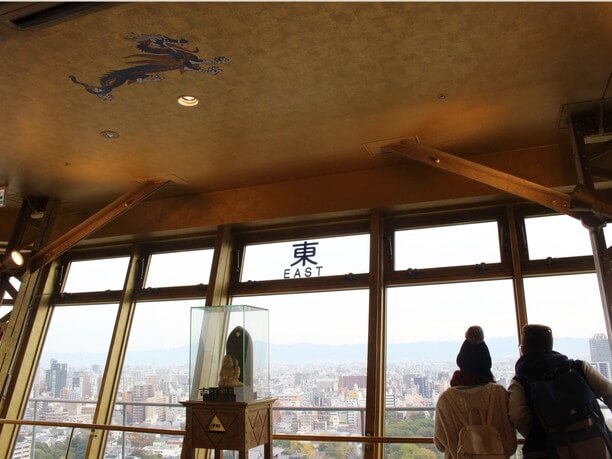 One of Tsutenkaku biggest attractions is the fifth-floor observation deck. It is 287 feet above the ground, and beautifullly decorated with red carpet and golden walls and ceilings. It allows you to experience the excitement of Osaka.

The Observatory has 360-degree views of Osaka City.
Tennoji Zoo which is visible down below has many interesting animals including giraffes and zebras.
You also have a good view of the highways, trains, people, and some major attractions such as the Ferris wheel, Osaka Dome of Tempozan, Osaka Castle, Haruka Tower of Abeno, and the group of buildings around Umeda. 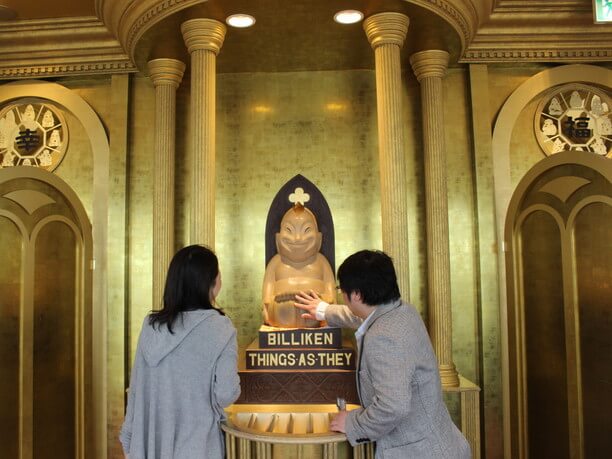 God of Fortune Biriken is revered as (the God of the people) since its inception in 1912. He has been considered the guardian angel of Tsutenkaku for three generation now. Is said that if you pat the soles of his feet you will receive divine favor.

Experience the New World dioramas to know the history of Tsutenkaku! 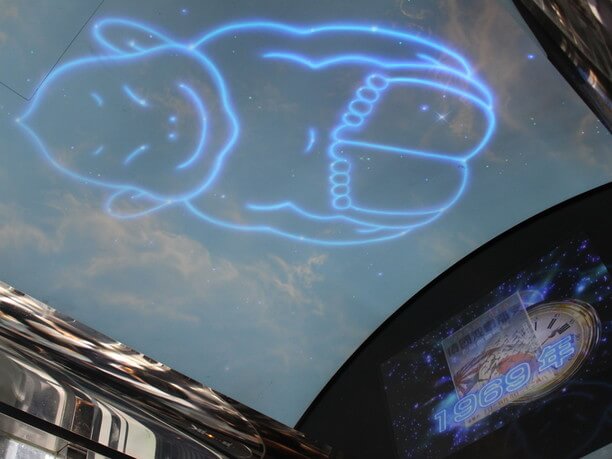 From the observatory ride the elevator to the third floor. It only takes about 1 minute, but pay attention to the ceiling in the elevator as you are going down slowly.
The lights are lowered, as you proceed to watch the needle reverse according to the narration as if traveling back in time! The elevator doors open with the narrator stating ” the New World 100 years ago” This is the floor to introduce you to the history of Tsutenkaku. 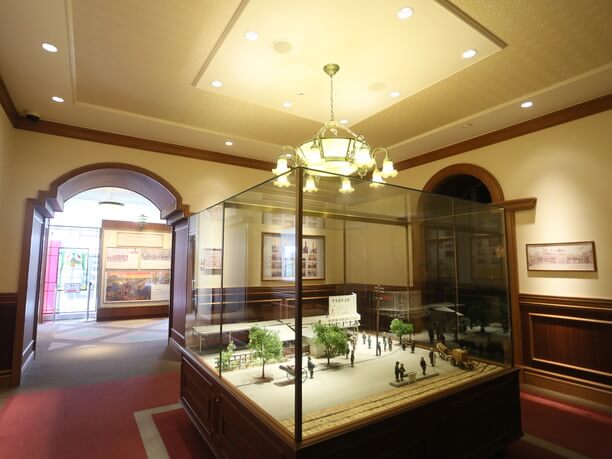 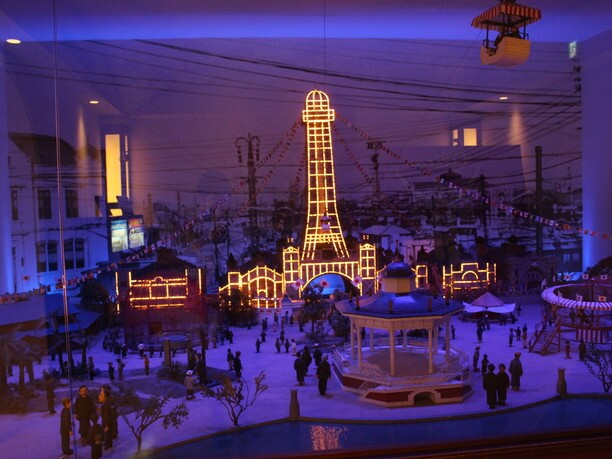 Diorama of the new world 100 years ago.
Photos of Tsutenkaku and Luna Park from 100 years ago are exhibited.
A cable car connected the entrance of the Tsutenkaku to the fine facilities of Luna Park which included thrill rides, hot springs, entertainment hall, and music hall.

Get the Biriken collectibles and limited edition toys made by various food manufacturers! 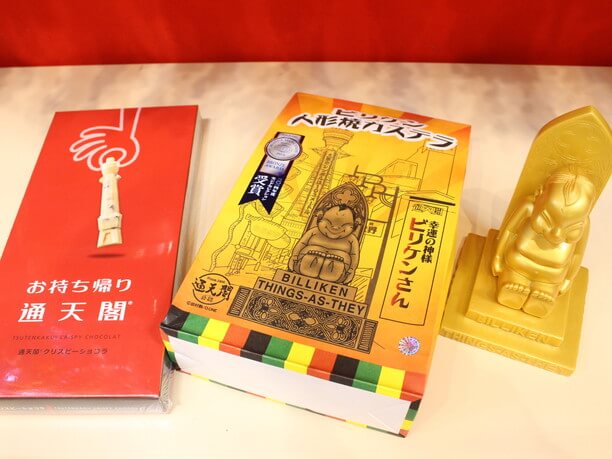 On the 1st floor of Tsutenkaku a famous food manufacturer has 3 stores.
They have the popular Kansai limited edition goods and Tsutenkaku collaboration products that are only available at Tsutenkaku.

In December of 2015, the new Observatory was completed!

On the third floor, the upper floor of the Observatory is a sight to see. You can see the scenery while feeling the wind from the open spaces. Tsutenkaku creates another new attraction!

People like to come to see the view of Osaka and stroke the soles of Biriken’s feet for good luck and of course to take a photograph. People living in Osaka, as well as tourists, come here often.