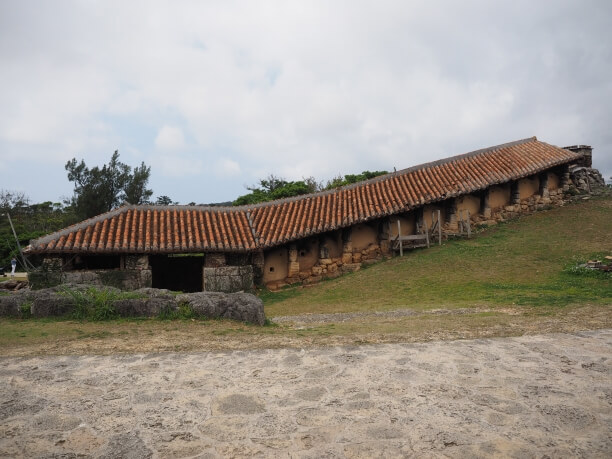 South Island, Okinawa was once called the “Ryukyu Kingdom.(琉球王国)
Okinawa’s resources and industry were small so the island developed a culture of its own, based on trading with surrounding countries.

Bingata, yachimun (pottery) and textiles originated in China (中国) and Southeast Asia(東南アジア). But now many of these crafts can be found throughout Japan and are loved by many.
Now in addition to traveling to major tourist sites like Shuri Castle(首里城), and the Aquarium, many people are visiting the Okinawan arts and crafts studios.

Since yachimun (pottery) is even after cheaper in Okinawa,
many tourists are buying the pottery as souvenirs. When they go home and set the table with what they bought, it will bring back fond memories of their travels. 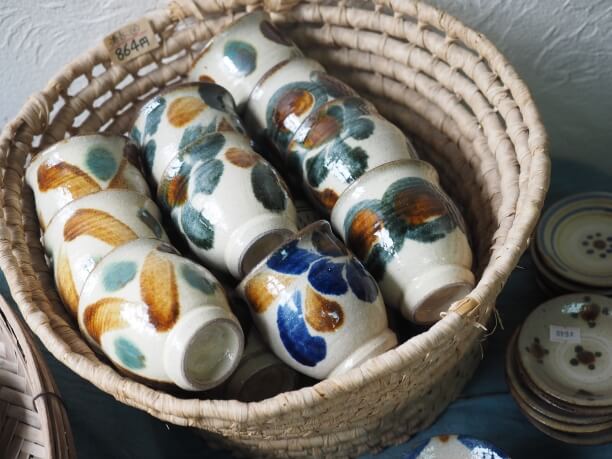 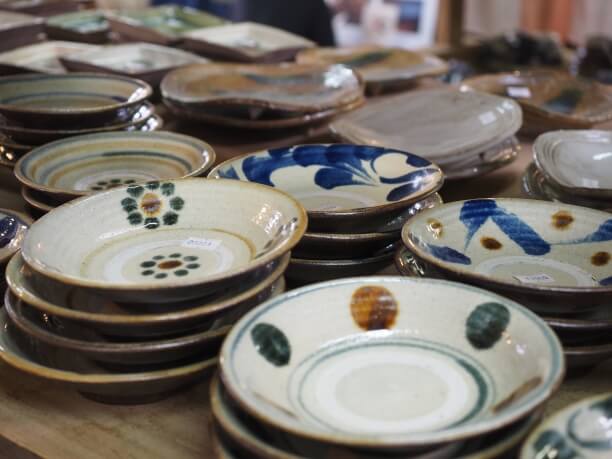 Yachimun (pottery) comes in many shapes, designs, and patterns. Very popular are the techniques of “piping” (which is a three-dimensional decoration on the surface of the pottery) and “scraping”(which creates patterns by grinding the pottery surface).
If you are looking for pottery and have a limited time for travel, I recommend
Tsuboya yachimun on Naha’s street or yachimun-no-sato (やちむんの里)at Yomitan-son.(読谷村)

At either of these locations, you can see creations from various styles.
Tsuboya was a famous as a pottery production center since the Ryukyu dynasty age. The streets were lined with numerous workshops. But Okinawa suffered major damage during World War II and its economy slowed. However, the area surrounding Tsuboya miraculously escaped the fires and
shortly after World War II Tsuboya-yaki was revived. Ever since then, is has been supporting Okinawa’s economy.
Then in 1970, residents living around the studios started complaining about the smoke being emitted from the kilns. As a result, many studios moved out to the countryside.
Yomitan-son became the new location for many potters. In the 1980’s there were 9 studios here. By 1991, there were an additional 13 studios.
Kitagama is a leading studio in the craft boom. 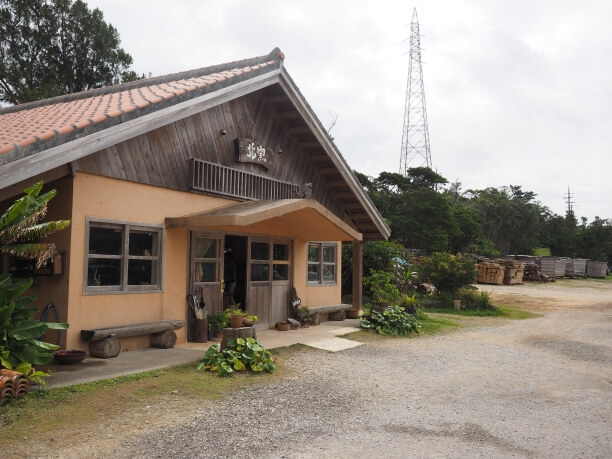 Kitagima’s head potter supervises four other people. They keep
the flame of the kiln burning as they are continually making pottery.

Yachimun-no-sato is a beautiful scene surrounded by greenery. It is a wonderful place to stroll around as you shop for pottery,

Every year in mid-December, studios join together to promote and sell their pottery. It is a popular and busy time that attracts shoppers from all over the country.
Recently, the number of grocery stores and cafes that are using this pottery is growing. This may make it easier for you to select a pottery style because you recognize it from a store or café.

Not only is the pottery with the folk art-style inherited from the past popular.
Increasingly there are new contemporary styles being thrust into the marketplace.
Because they both have a charm of their own, I recommend walking around the different studios and find your own perfect piece of Okinawa’s pottery culture