Located in the north central area of Okinawa’s main island is Onna-son’s (恩納村) Maeda-cape(真栄田岬). Here on its west coast is the resort area known as the “Blue Cave”. Anyone who has ever been to Okinawa has heard of this marine spot. It is known for its diving and snorkeling opportunities. It is no exaggeration to say it is the Okinawa areas NO.1 well known and popular marine spot.
As you go into the cave, you are literally entering another world.
It is a blue fantasy world. As you enter you will be welcomed by
countless tropical fish that seem excited by your presence. You will be amazed at just how big the cave is. 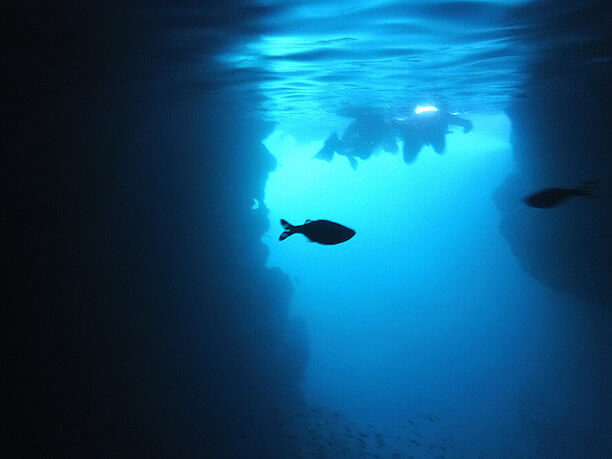 A fantastic cave world that is cut off from the outside world.

The entrance of the cave comes into view a few minutes swim from the beach. It is about 10 feet in diameter and is quite obvious because there are so many diving and snorkeling around it. 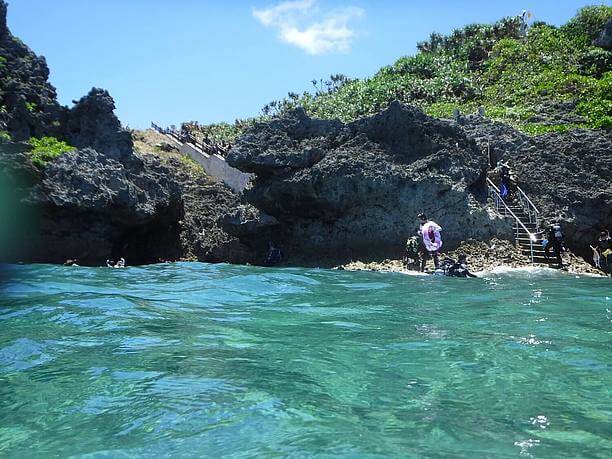 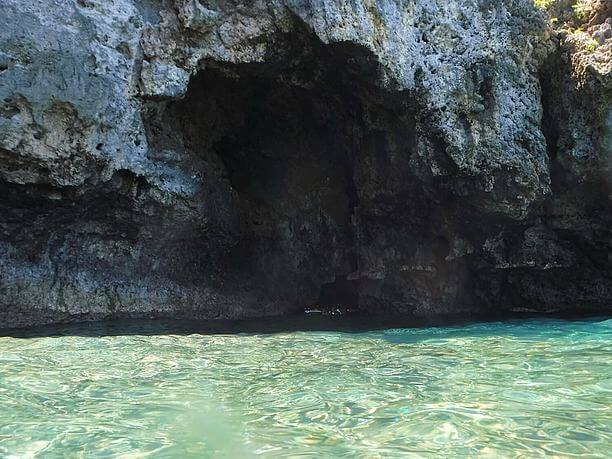 From the bright ocean, you will be entering into a dark cave.
Let’s get into the cave! 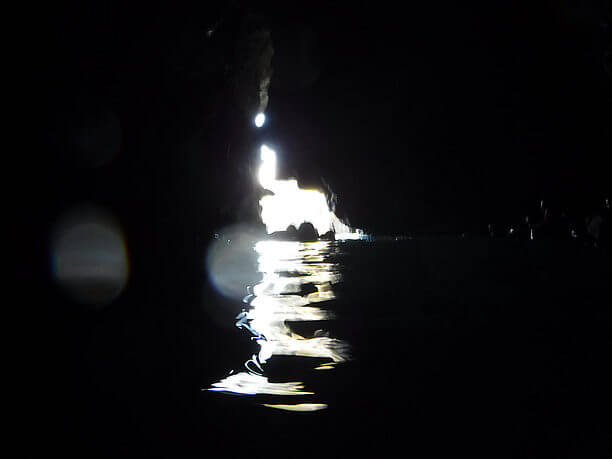 Once you realize that you are entering a place that has been untouched by light, this dark cave may frighten you at first. But once you enter this fantastic world you will become more comfortable and even get excited. 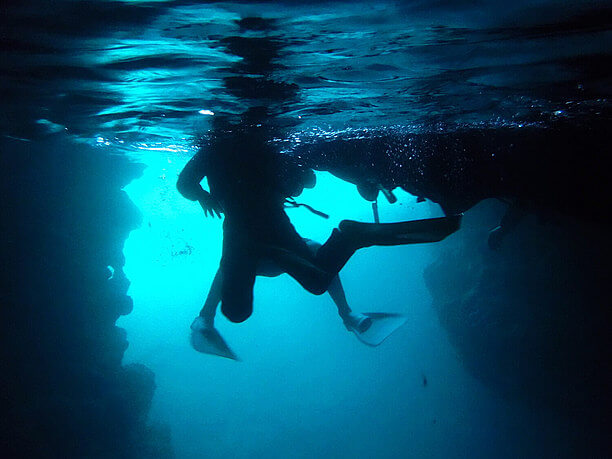 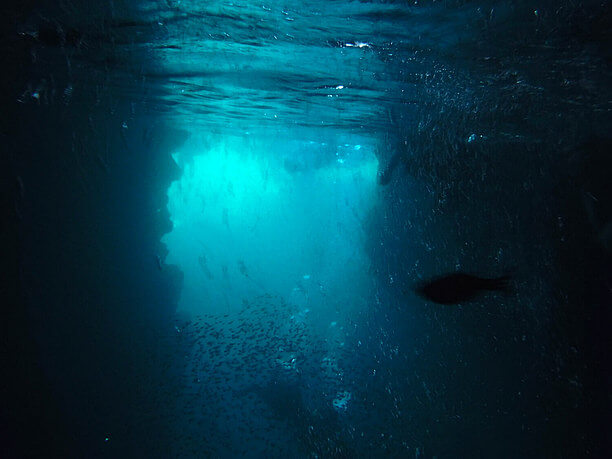 As you first see this scene that is literally “out of this world” I don’t think you will be anything but impressed. 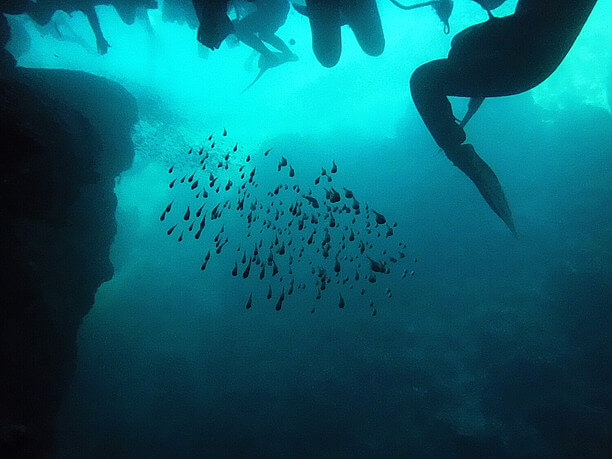 It is a mysterious spectacle! You see the sun rays passing through the sea in order to reach the bottom and be reflected in the sand. It is a mechanism that causes the sea and the rock face to glow blue.
The lighting will differ depending on the time of day that you visit. This picture was taken around noon.

Meet and greet dozens of types of tropical fish inside and outside of the cave.

Approximately 600 feet from the entrance of the cave a variety of small colorful tropical fish greeted us. 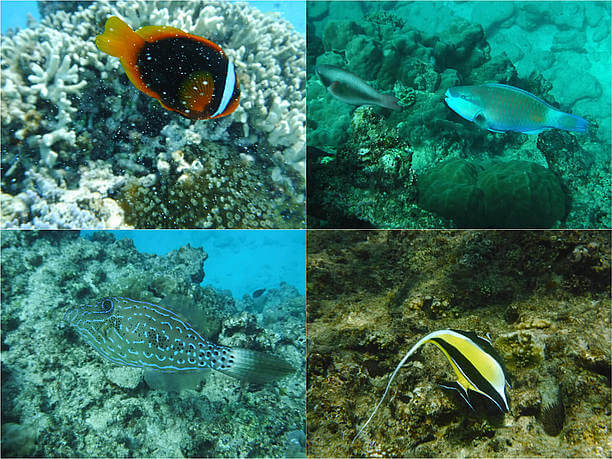 There were several types of clownfish, butterflyfish, and damselfish,
bat fish, and a slender yagara. There were large schools of akamatskasa and lyucuuhatampo. In addition, there were lespedeza, puffer fish, halfbeak, garfish, brassy Chub, parrotfish, bella, and much more (too many to mention). 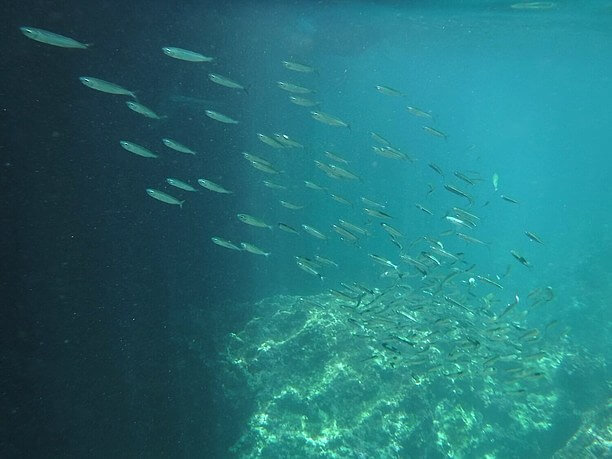 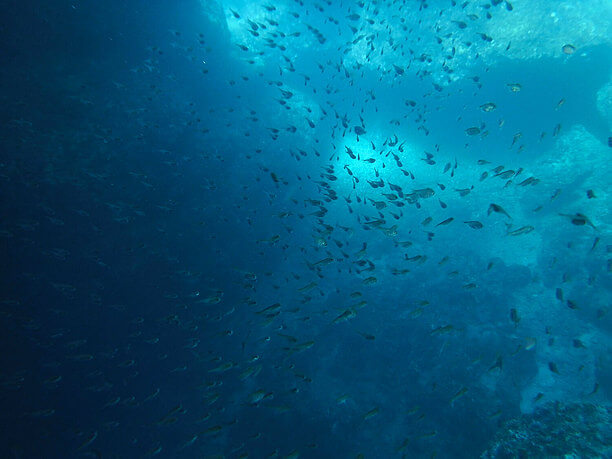 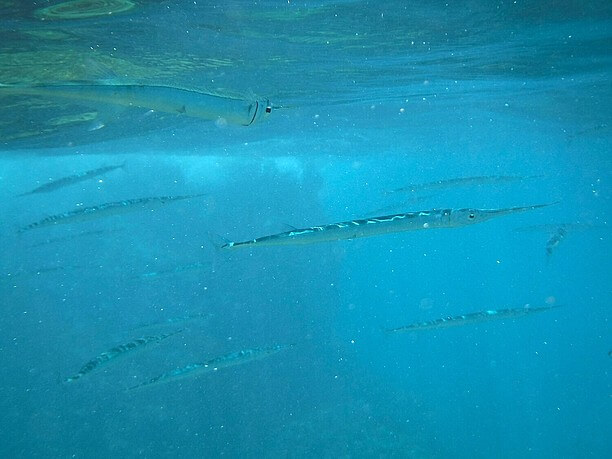 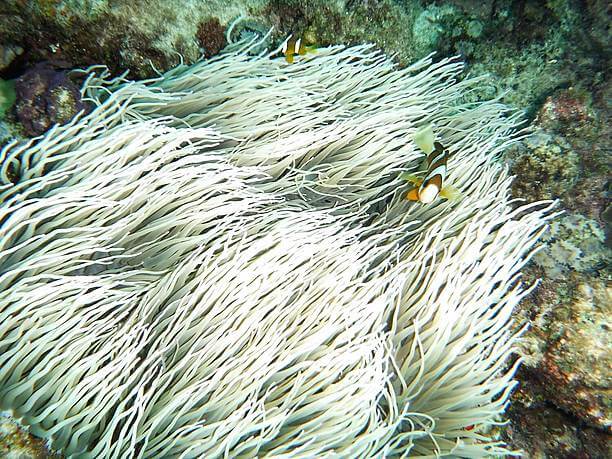 Also in the cave within depths of 9 to 15 feet (changes with the tides),
there were black and white striped Mawari swimming around. 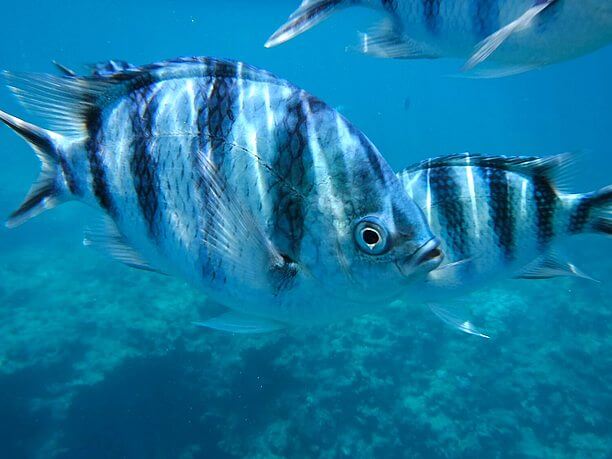 There is a landing inside the cave!

The Blue cave is approximately 150 feet deep and goes back for about 115 feet.
It is in the shape of a half dome. At the back of the cave is a landing. However,
diving boots or similar footwear is required because the rock surface inside the cave is quite slippery and in some places quite rough. 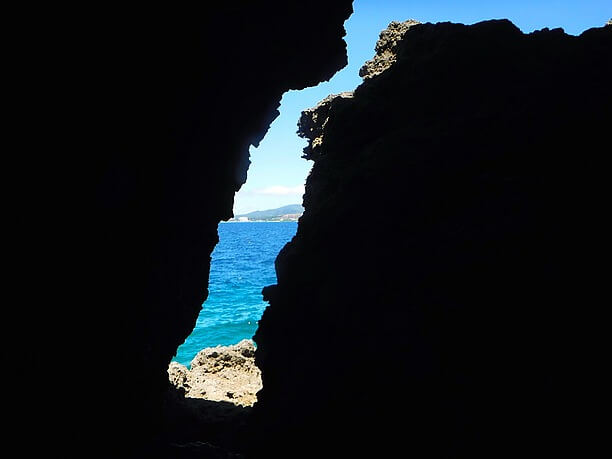 Out of the small hole with a diameter of about 3 feet, there’s an opening to the world outside. It is a few yards from the surface of the sea. It is a rocky ridge of coral, but it is safe because there is a bit of scaffolding.
You might be momentarily blinded by the bright sunlight. But it is an exceptional view of East China Sea that is worth taking a look at. 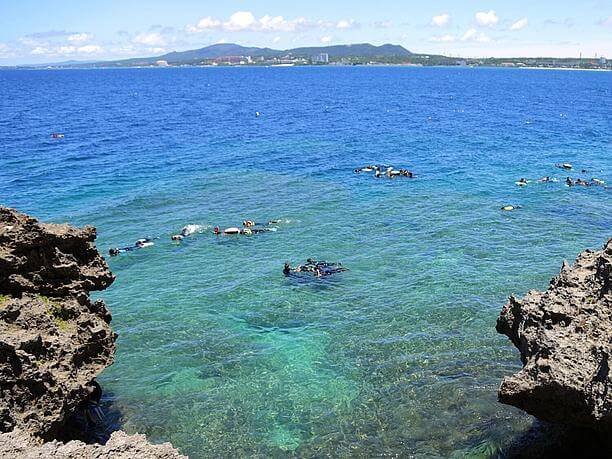 Experience the charm of the Blue Cave and enjoy a mystical moment that you will remember for a long time. 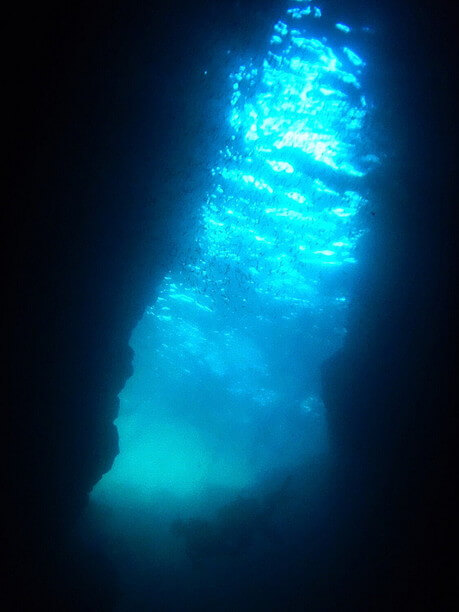 We recommend using a marine guide for the first time snorkeling or diving, but on subsequent journeys, try it on your own. It is fun to swim free but a life jacket should be worn.