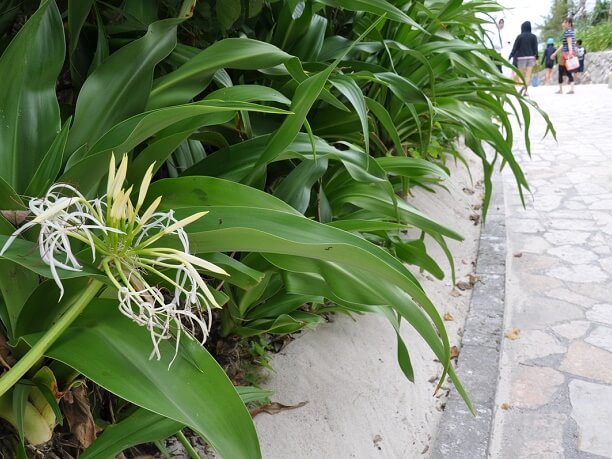 Just 15 minutes from Okinawa island(沖縄本島), Minnajima-island surrounded by crystal clear water is waiting. When people see it for the first time, they are amazed at the beauty of the sea here. It is a paradise filled with many fish and beautiful scenery.

People wonder why the sea is so beautiful here! 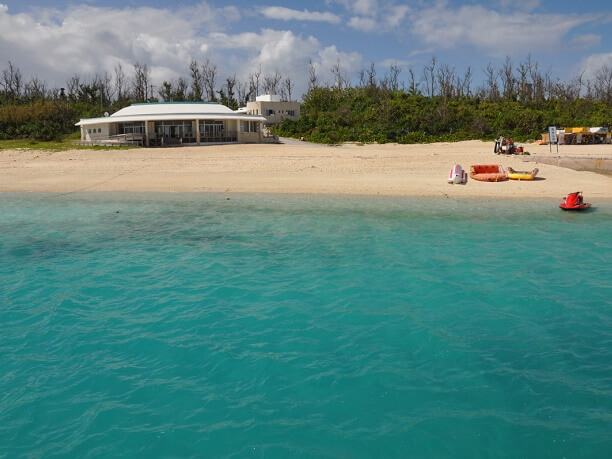 Minnajima-Island (水納島) only has 50 permanent residents. During the peak season around mid-July a small sea liner comes from Okinawa island’s Motobu Toguchi port (渡久地港 ) to the island 10 times each day. The boat capacity is 160 so the island’s population swells to approximately 1,600. 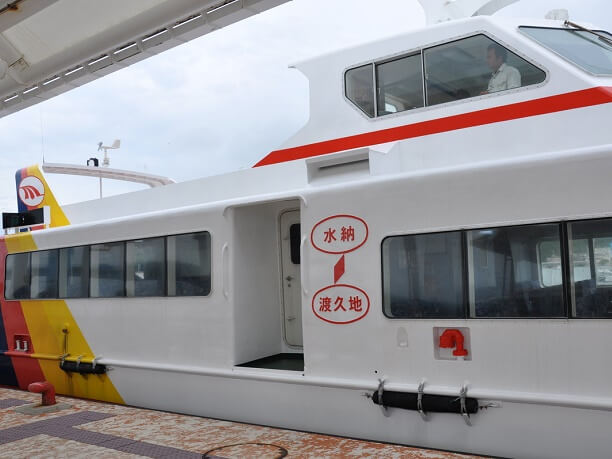 The secret of its popularity is the crystal clear sea and the fact that it only takes 15 minutes to reach from Okinawa. It is a very small island, and though there aren’t many places to go other than to the Sha-even Parlor House and the beach. It is still really comfortable and quite popular. 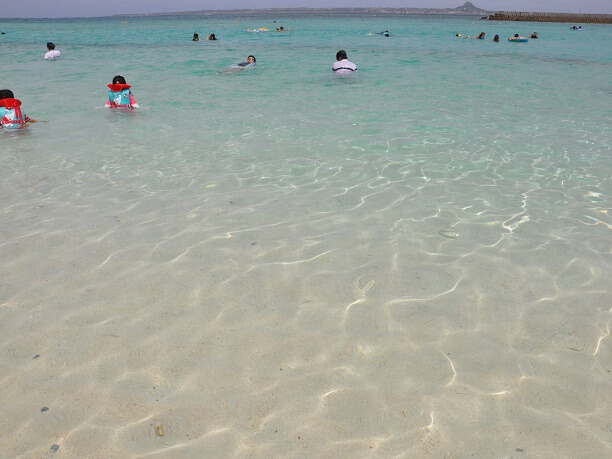 The water remains clear not only on a bright sunny day but also when it is a little cloudy.

How to enjoy the sea of Minnajima-island. 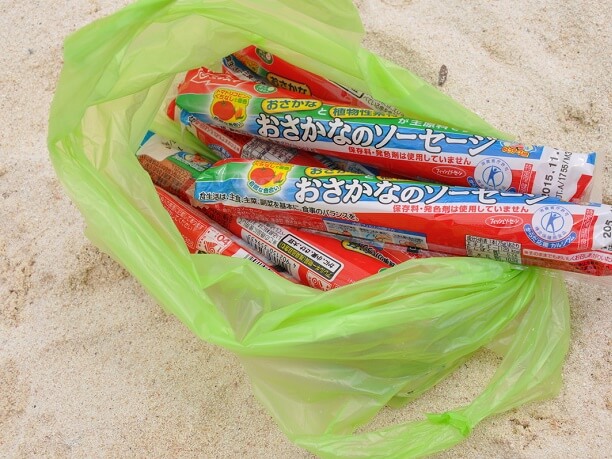 There is a shower room beside the main street on the island. Adjacent to the shower room there is a small store that sells “fish bait” for 150 yen. With everyone feeding the fish they come very close to the beach and you can enjoy the sight. 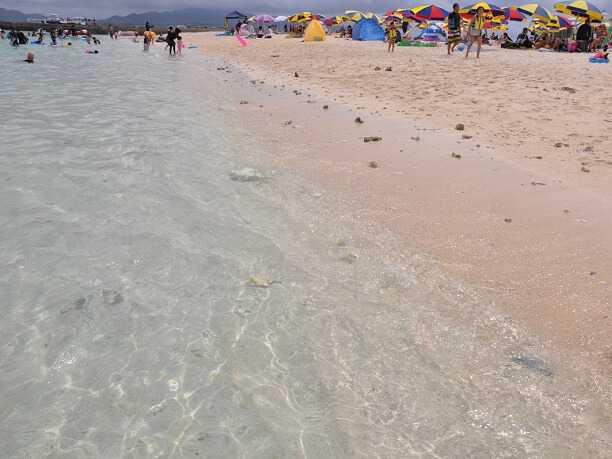 Because the water is so clear it is easy to see even the big fish, such as Taman fish swimming out in a little deeper water, These fish can get as big as 2 and ½ feet in length. You will hear people refer to them as Taman fish. That is what they are called in the Okinawan dialect. The actual name of the fish is “hamahevkidai.” 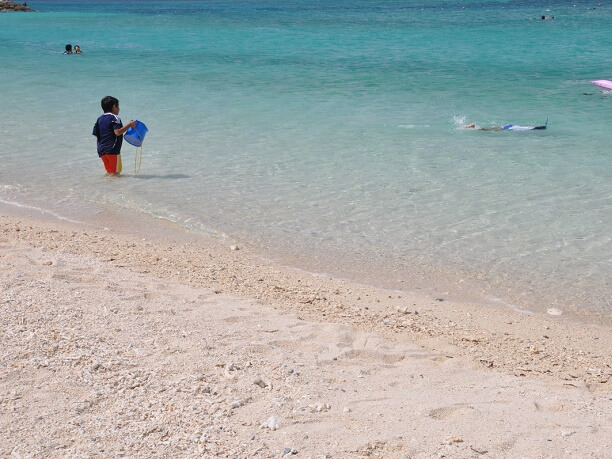 Also frequently sighted here are halfbeak juvenile fish swimming near the surface of the water, as well as 5 barred goret fish digging their face in the sand. There are also many shellfish in these waters. The locals use them to ward off evil spirits in their houses. 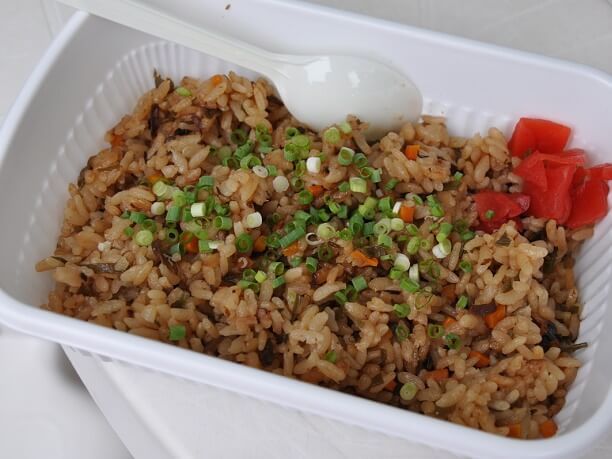 There are not many places to eat on the island. The main lunch spot is “the parlor.” They feature curries, Okinawa soba, taco rice, cold noodle soup, and shaved ice. 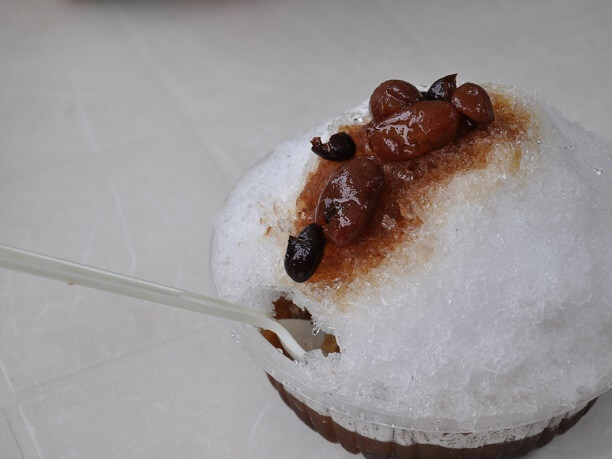 The shaved ice is very popular in the summer time. It is covered with kintokimame beans grown on the island, and brown sugar. It is really a treat after having the taste of sea salt in your mouth from swimming all day. 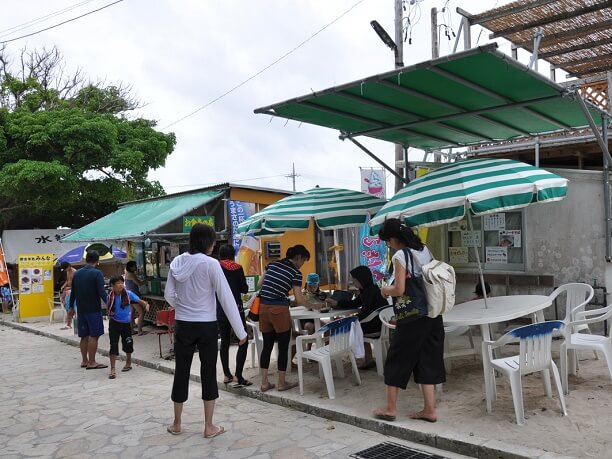 The island doesn’t have a lot of trash bins around, since there are no incineration facilities on the island. Guest are required to take their trash back off the island when they leave. However at the parlor they will discard of the trash left over from items you buy there.

Stroll around the island a little bit.

The village’s main street continues down a gentle slope from the parlor to the beach. There are arrows that guide you to which way to go at the three-way intersection. It can direct you to the island’s only elementary and middle schools. At these schools all the parents are members of the PTA
and all the students participate in athletic events.

Within a few minutes of walking down the road you will see the sea. The island is croissant-shaped and from the road you can see both ends of the island. The shape of the island creates some unusual tidal patterns. Be careful in the water because the undertow can pull your legs out from under you. 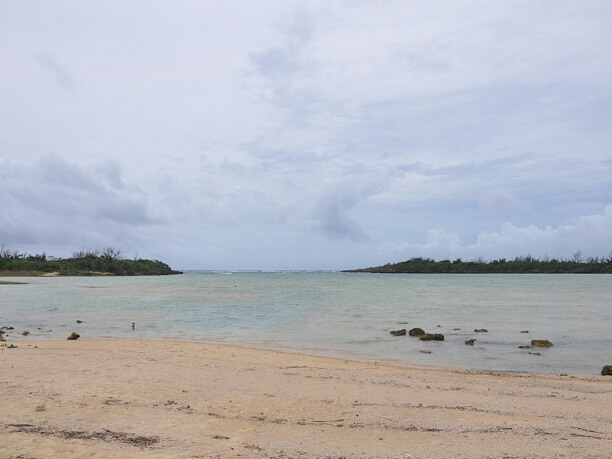 While walking around the island and you can see the lighthouse, and if you are lucky some whales. The trails aren’t well groomed so be careful when walking. The peace you find on the trails as you walk away from the hustle and bustle of the beach is worth the effort.

Most people just spend the day on minnajima-island But if you dare to stay on the island there are now 3 locations where you can spend the night and enjoy the quiet atmosphere and magnificent star gazing after the tourists have left.