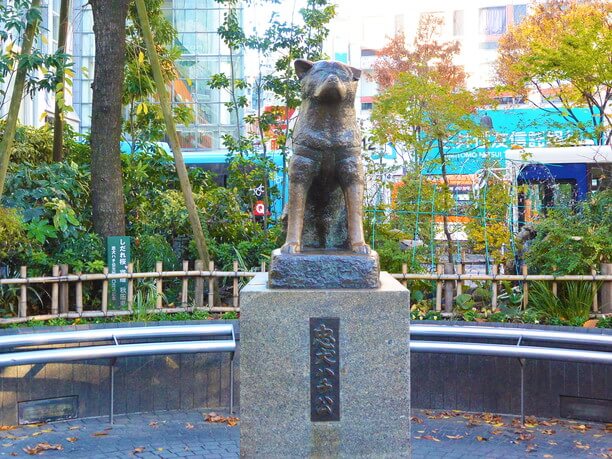 Shibuya is a very trendy place in Japan. Adults, young people, couples, families, everyone is attracted to this upbeat tourist town. “The faithful dog,” Hachiko(ハチ公) is enshrined here and watches over Shibuya Station. The station has become a famous meeting place, but because of its popularity it often gets crowded, making it difficult to find someone. So people started using the statue of Hachiko as a reference point. For example, you might say to someone you are meeting, “I will meet you near the tail of Hachiko.” 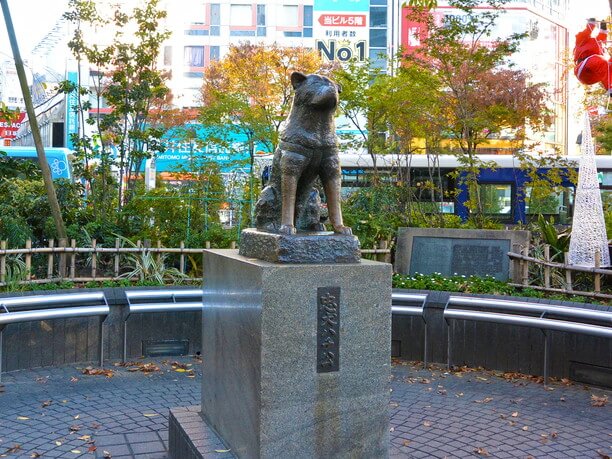 “The faithful dog,” Hachiko is a famous photo spot. 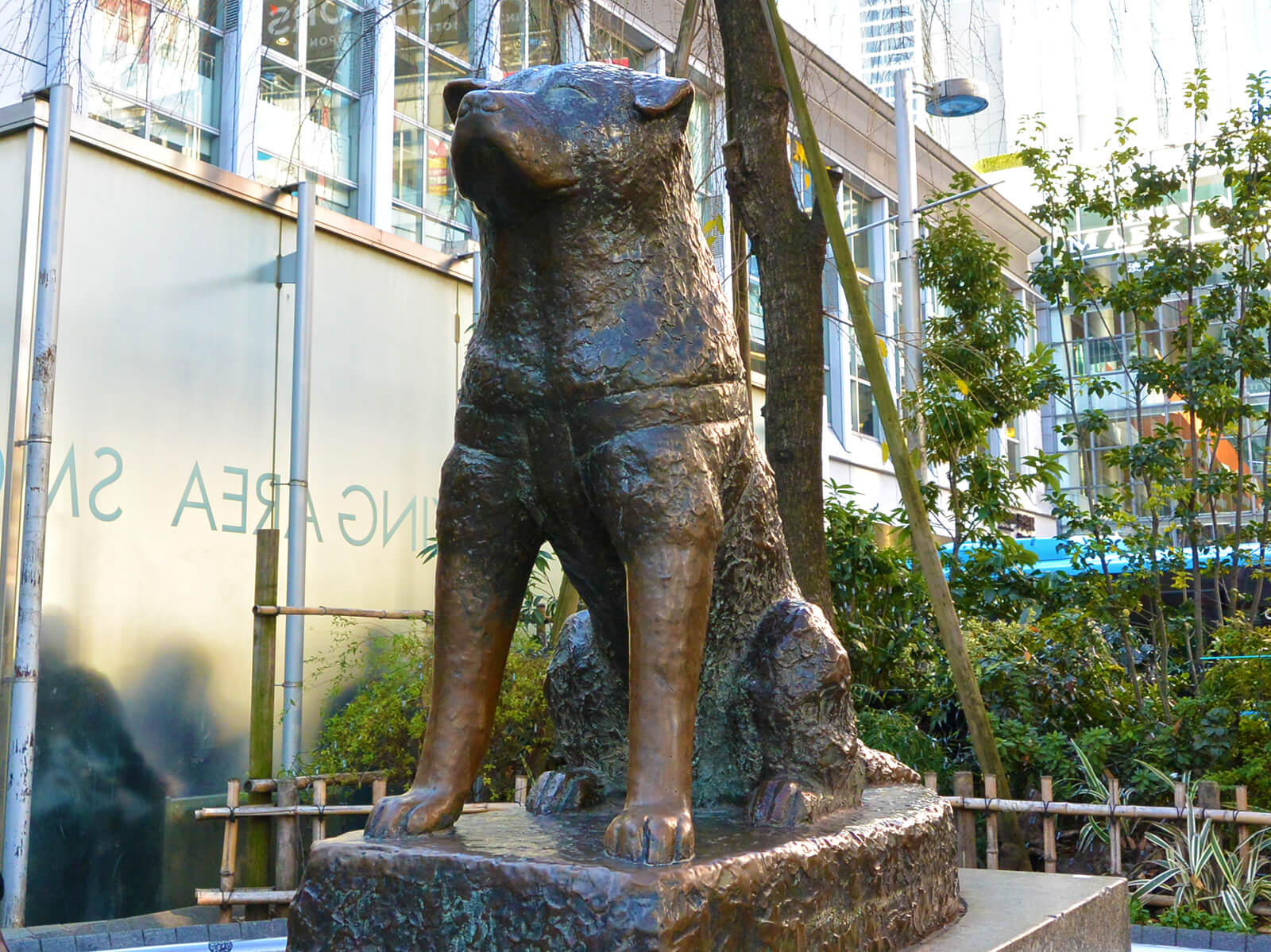 This spot is a famous meeting place since it is so easy to find, but it is in fact also a famous Shibuya location to have photos taken.
The story of Hachiko was made into a Hollywood movie starring Richard Gere. As a result, it has become a popular place for foreign tourists to visit.
People love to have their picture taken with Hachiko. But we also recommend taking a picture of Hachiko from below the statue. It is quite an impressive shot.

The bus to Hachiko is very convenient!

There are excellent deals for the convenient Hachiko bus. The fare is 100 yen. They have 4 routes. Shibuya Station route is the base. Then there is the Harajuku route, the Omotesando to Yoyogi route and the Ebisu to Daikanyama route, (which is a circular route) that travels around to the so-called tourist destinations. The Tokyo transportation network is well developed, but a bit complex for inexperienced people. The Hachiko bus might be a better way for the tourist to travel here.

There are cute “the faithful dog,” Hachiko goods!

Since Hachiko is such a beloved and famous character the merchants thought a good idea to use Hachiko’s image to create and sell merchandise.
In Shibuya there is a well-known street, Toyokonoren street. So merchants decided to create a Yuru-Chara (a replica) of Hachiko and call it “Toyoko Hachiko”
The Toyoko Hachiko has been commercialized as confectionery, and miscellaneous goods, such as stationery. Some of the most popular items are the stuffed animals and mascot key chain that came from the collaboration with the Hello Kitty brand of Sanri.