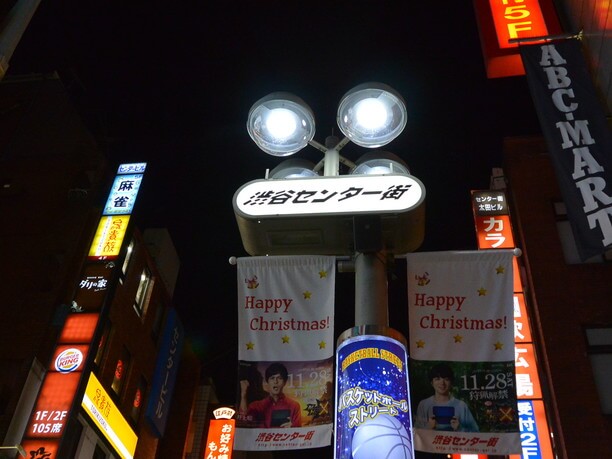 As you come out of the Hachiko exit of the Shibuya Station, cross the busy intersection between QFRONT and DaiMoriDo bookstore, and you are at the beginning of the city center. There are eateries, including fast food, sundries shops, clothing shops, record shops and much more. It is a tightly condensed Shibuya shopping district.
Whenever you come to Center Street you will encounter many young people and loud music. Recently, it has attracted many visitors from overseas. Making this one of the more popular tourists spots in Shibuya. 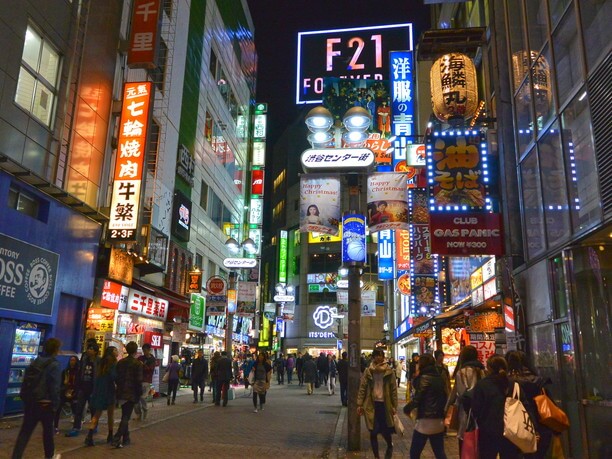 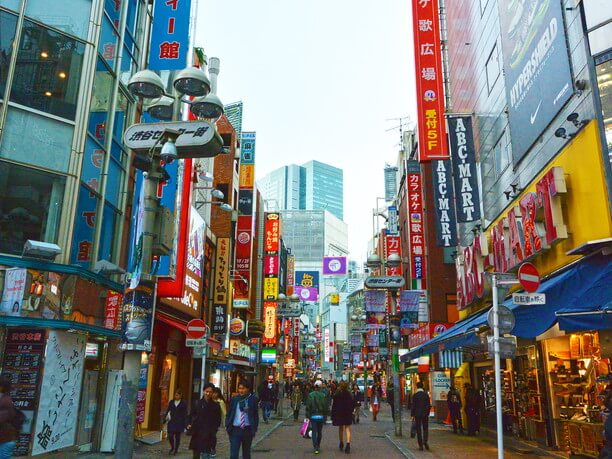 In September of 2011, Center Street was renamed “basketball Street” However, its name could not be easily changed in the minds of the locals from the familiar “town center”.
The idea to change its name came from the desire to promote Shibuya as a healthy town. So whether it is the local people or tourist, the idea of Shibuya being a healthy town needs to be kept in mind when visiting the city center. 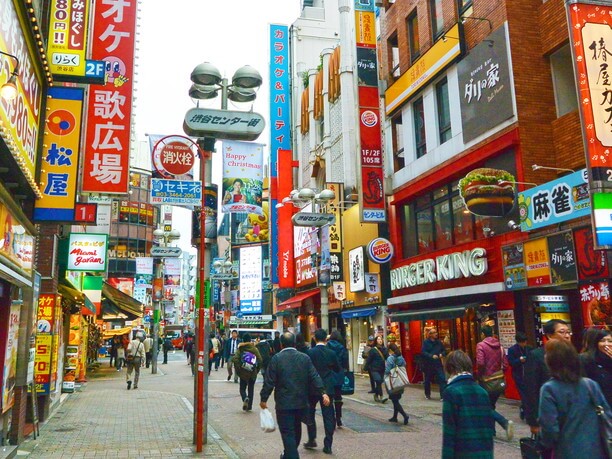 There is more the just a bunch of young people in the city center. It has become a pop culture of its own. It often appears in the lyrics of J-POP artists.
So when walking down Center Street, you can’t help but notice that the music is flowing at high volume. The BGM is there to appeal to young people and is most commonly used for introducing and promoting new songs. So, you might get a chance to listen to a new song of a popular idol in the city center!

Originally Center Street was the Udagawa river, a tributary of the Shibuya River that was buried underground. Even today below the city center a river is still flowing.
Shibuya has changed in appearance along with the trend of the times. There is current plans underway for a new redevelopment of the front of the station. It is planned to be completed by 2027 and it is said it will make the area even larger and completely changed.
Shibuya is rapidly evolving, let’s watch the fun!

Open
It depends on the store.

Close
It depends on the store.