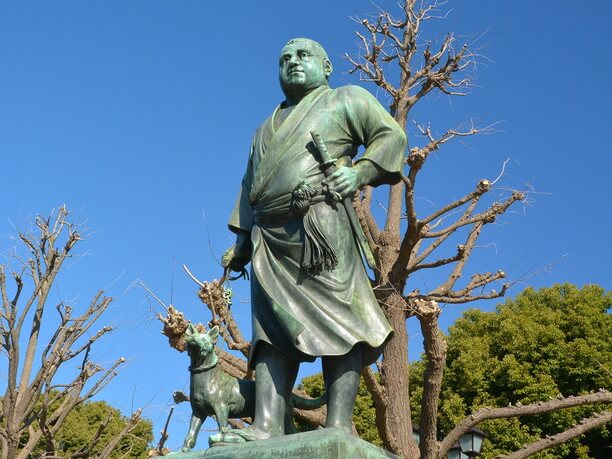 From the front exit of Keisei Ueno Station it is a 1-minute walk to the Saigo statue. Climb the stone steps into Ueno Park (上野公園) located beside the train station and you will come to the Ueno’s landmark “Takamori Saigo statue.” You might wonder why there is a statue of Takamori Saigo who is from Kagoshima in Ueno. It is because in 1868 Saigo negotiated with Kaishu Katsu the unification of Japan and as a result there was a bloodless transition. He also defeated a group of rebels who were opposed to the new union. Thus solidifying the new united Japanese government. This tourist spot is known as “Saigo of Ueno”. 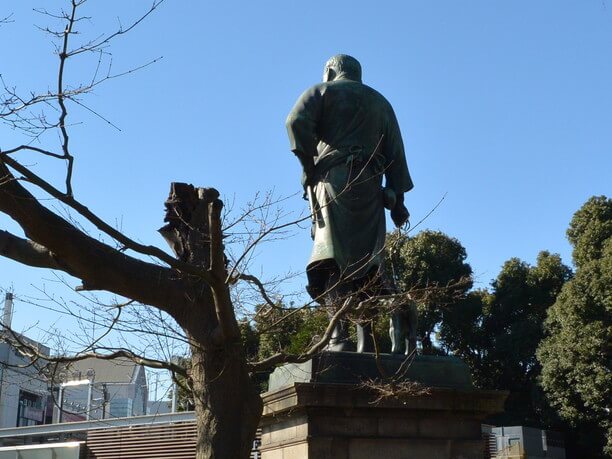 Visit the place where the Tokugawa shogun era came to an end! 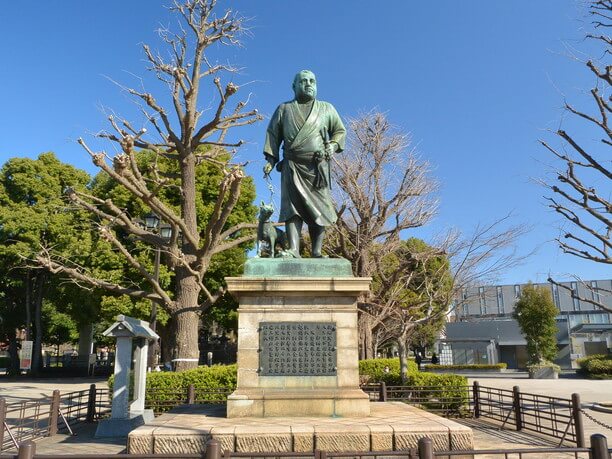 Kanei-ji Temple grounds have been put to a new use!

The Ueno Onshi Park and Zoo were created atop of what once was the grounds for the kanei-ji temple. The Tokyo National Museum, now stands on the site that once held the Kanei main temple building.The main building was destroyed during the war and all that remained was the old honbo gate (aka the Black Gate). The gate survived the big Tokyo earthquake as well as the air raids on Tokyo during the war. The gate was moved to the eastern end of Ueno onshi Park. The fierce battle at the Black Gate was marked by the many rounds of ammunition that hit it. They also still have some old guns mounted on the gate. The wall was refurbished in 2013, regaining it’s brilliance of black lacquer. The Country has specified the Gate as an important cultural property.

The creation of the “Saigo statue”

The statue of Takamori Saigo was constructed in 1898 by the sculptor Koun Takamura (高村光雲). He is the father of the author of the poetry book “Chieko-sho”, Kotaro Takamura (高村光太郎). The original statue in Kagoshima was altered by Koun Takamura’s disciple, Sadayuki Goto (後藤貞行). In his version Saigo is posing with his dog “tsun,” as if he was going rabbit hunting.